‘Coronavirus could encourage practice nurses to seek a pay rise’ 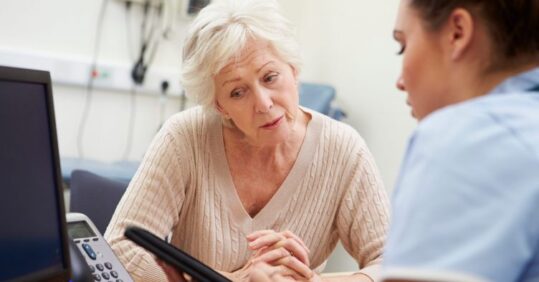 A third of practice nurses have not asked for a pay rise or better terms and conditions in their current role, according to a report on the state of primary care.

The annual State of Primary Care report, released last week by Nursing in Practice’s publishers Cogora, found that 30% of GPNs – or 188 of 617 responses, including ANPs – have not asked for better pay or terms and conditions in their current role.

The survey, of over 3,000 practice nurses, advanced nurse practitioners and other primary care professionals, was done during November and December last year – before the coronavirus pandemic.

Nurses have told Nursing in Practice the outbreak shows they deserve better pay, terms and conditions.

Of the two-thirds of nurses surveyed in the primary care report who had tried to negotiate an improved contract, half succeeded and half failed.

Practice nurses were most likely to be unsuccessful in negotiations with a third (35%) of the 459 surveyed not walking away with what they wanted, compared to just 27% of the 157 ANPs surveyed.

Read more: How practice nurses can negotiate a pay rise

Louise Brady, a clinical development lead in Manchester, told Nursing in Practice there were ‘strong public health arguments for practice nurses to get more financial recognition in wake of the pandemic’.

She continued: ‘Practice nurses are still undertaking patient-facing services, the key role being immunisation with risks to themselves and their families.’

Helen Lewis, an ANP in a practice based in Wales, said: ‘GPNs have every right to request a pay rise. They have without question shown resolve in caring for patients in what for many is very new ground in terms of telephone consultation and triage.

‘They have shown courage during unprecedented times and the same courage should carry them through the question about pay.’

However, Rhona Aikman, a practice nurse based near Glasgow, said she would appreciate the recognition but ‘not be comfortable’ using coronavirus as a means for a pay rise.

Practice nurses, especially newer staff, should be ‘more confident’ in asking for a pay rise, she added.

Vicki, a practice nurse based in Manchester, who did not wish to give her full name, said pay will not improve until practice nurses no longer have to negotiate for themselves.

She explained: ‘It’s difficult to ask and difficult to push when GPs say no. It also shouldn’t be a skill that is needed in a nurse.’

Last month, Royal College of Nursing chief executive Dame Donna Kinnair told Nursing in Practice that it was the umbrella body’s role to help nurses ‘articulate’ their worth rather than fight for a standardised contract.

A Change.org petition started by practice nurses calling for equality with the Agenda for Change pay scale has also reached 10,000 signatures.

The survey also revealed that an overwhelming majority of primary care nurses support compulsory vaccination and that many practices did not triage before Covid-19.

A total of 3,610 healthcare professionals responded to the survey, which is Cogora’s seventh annual report examining the state of primary care.

A third of practice nurses have not asked for a pay rise or better terms and conditions in their current role, according to a report on the state of primary care.