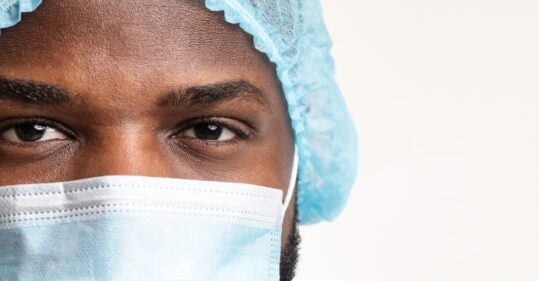 Death rates from Covid-19 are higher for black and Asian groups than white groups, a delayed Public Health England review into disparities in the risks and outcomes of Covid-19 published today has confirmed.

People of Bangladeshi heritage were around twice as likely to die as white groups, while people of Chinese, Indian, Caribbean, African and ‘other black’ ethnicity had between 10 to 50% higher risk of death, it revealed.

The largest disparity in coronavirus outcomes found was by age – with people who were aged 80 or older 70 times more likely to die than those under 40 – while men were also more vulnerable, with the risk of dying twice as high in working-age males with Covid-19 than working-age females.

The report said: ‘[The review] confirms that the impact of Covid-19 has replicated existing health inequalities and, in some cases, has increased them.’

There has been a particularly high increase in deaths from all causes among those in caring occupations, including social care and nursing, those in care homes and those born outside of the UK and Ireland, during the pandemic, it also noted.

The review, originally due by the end of May, was published without warning today following anger over its delay. The Government had denied accusations that the delay was because of concerns around civic unrest following the death of George Floyd in the United States.

It was based on surveillance data and broader health data sets. The analysis took into account age, sex, deprivation, region and ethnicity, but did not consider the existence of comorbidities or obesity.

The report continued: ‘[Comorbidities and obesity] are also important factors because they are associated with the risk of death and are more commonly seen in some BAME groups.

‘Other evidence has shown that when these are included, the difference in risk of death among hospitalised patients is greatly reduced.’

Earlier today, the RCN called for the ‘urgent’ release of the delayed report following its survey that found BAME nursing staff struggle more than their white counterparts to access personal protective equipment.

The evidence that BAME communities are disproportionately affected by Covid-19 has been mounting for weeks.

Death rates from Covid-19 are higher for black and Asian groups than white groups, a delayed Public Health England review into disparities in the risks and outcomes of Covid-19 published today has confirmed.