Covid-19: Practice nurses called on to use ‘new skills’ in ‘hot hubs’ 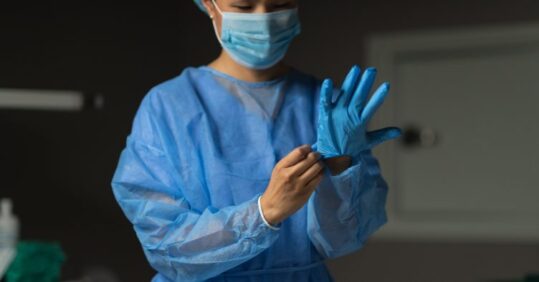 Practice nurses are being called on to draw on acute skills – which for them are new or not often used in their usual roles – to treat seriously ill patients in specially created coronavirus ‘hot hubs’.

This is according to practice nurses, including advanced nurse practioner managing one of the GP-led hot hubs being set up across the country to diagnose and advise symptomatic Covid-19 patients who are not in hospital.

Paula Spooner, who manages two hubs in NHS Wakefield CCG, has told Nursing in Practice medical staff in the hubs are seeing patients who can be unstable enough to need hospitalisation and are sometimes near to cardiac arrest. This is being done with a lack of personal protective equipment, another practice nurse has added.

Ms Spooner, who manages two hubs in NHS Wakefield CCG, told Nursing in Practice: ‘Working in a hot hub draws on new skills from practice staff, including acute care skills. Some of these patients can be near to arrest and we blue light them to hospital.

‘It’s such a shock if a practice nurse who usually looks after diabetic patients is now dealing with patients who are acutely unwell and could arrest at any moment.’

Practice nurse Elia Monteiro, who works at a hot hub covering Southwark and Lambeth in London – areas that have seen among the highest number of recorded cases in the UK – said: ‘We have sent people to hospital where we think they are not stable enough and they need to have a longer assessment.

‘If their oxygen saturation is declining, or they’re not stable, or they have very laboured breathing, we have to send them to hospital.’

She added: ‘The vast majority of our patients appear to have coronavirus. You can wash your hands as much as you want, but without equipment, you’re putting yourself and others at risk.’

Ms Monteiro was concerned there was only enough PPE at her hub to cover a few days at a time. Although, she wanted to stress the hubs were important to reassure patients and take the pressure off A&E.

‘If someone has symptoms, they are often scared they might die,’ she explained. ‘When they see us, they get reassurance about what is happening with them in terms of the virus.’

Allwin Mercer, a population health ambassador who helped lead the organisation of a hot hub in Berkshire, agreed that hot hubs have ‘a place in tackling coronavirus’.

She said: ‘It means general practice can continue with crucial work, such as baby immunisations and patients that need dressing. It makes practices a bit safer.’

General practice staff including nurses, GPs and healthcare assistants are running the hubs, where patients are directed after being triaged remotely by NHS 111 or their GP. It is not known exactly how many there are but there is a list below of areas that have set up hubs, collated by Nursing in Practice’s sister title Pulse.

Multiple local practices contribute staff and resources to hubs, often on a rota system. The hub is typically organised by local bodies including clinical commissioning groups, PCNs and GP federations. The number each hub sees in a day can vary – some may have around 10 or 20 patients and some have none or hardly any.

Last month, it was revealed practice nurses could be asked to carry out ‘hospital tasks’ to help coronavirus.

The Royal College of Nursing last week hit back at Public Health England guidance on reusing PPE during severe shortages.

This follows ongoing concern around PPE supply, with a RCN survey released earlier this month revealing that half of nursing staff in ‘high-risk environments’ have been asked to care for patients without adequate PPE.

Areas where Covid-19 hot hubs have been set up: