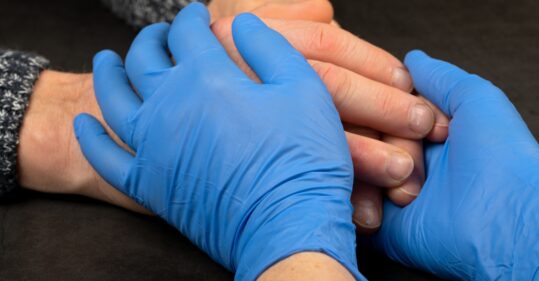 Covid-19 testing in care homes is ‘chaotic’ with only a small proportion of staff and residents being tested, sector leaders have warned.

Umbrella-group National Care Forum (NCF) is calling on the government to increase the number of routine tests in care homes from 30,000 a day to 200,000 ‘as a matter of priority’.

The organisation concluded testing in care homes was ‘chaotic’ as the survey also revealed most testing results take between 24 hours and six days, but that a large number were returning ‘void’ or ‘inconclusive’ owing to delays in obtaining results or faulty tests.

NCF executive director Vic Rayner said: ‘We are asking for more tests to be made available for care providers to make sure that the government holds to its promise to keep the most vulnerable and those who care for them safe during this pandemic.’

George Coxon, a care home owner in Devon, agreed. He told Nursing in Practice testing ‘feels well-meaning’ but was ‘completely chaotic and variable’.

The invasiveness of the test can cause additional problems in care homes, he added: ‘It requires people to gag and almost be ill. In care homes where residents have advancing dementia, you’re going to have a serious problem on your hands.’

Mr Coxon also raised concerns that the responsibility for testing in his area has been ‘passed around’ between authorities including the clinical commissioning group, the local authority and Public Health England, adding to confusion over how to access tests.

An anonymous care home nurse based in north Wales, where every care home has also been promised access to testing, told Nursing in Practice they believe staff and residents were not being tested often enough.

He continued: ‘We feel testing should be done every seven to ten days as we have a lot of positive tests with no symptoms.’

Earlier this week, a Royal College of Nursing survey found just over a third of nursing staff were still under pressure to care for patients with suspected or confirmed Covid-19 without adequate personal protective equipment.

Care home directors have also told Nursing in Practice that adult social care has not yet faced the peak of coronavirus infections.

Coronavirus testing in care homes is ?chaotic? with only a small proportion of staff and residents being tested, sector leaders have warned.