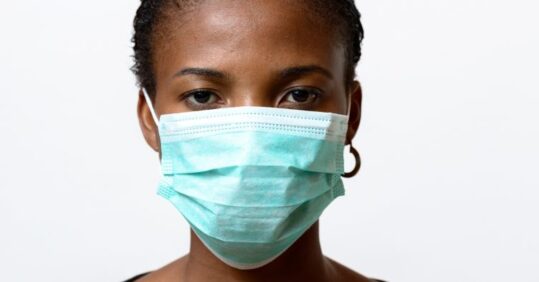 There were at least three times as many suspected cases of Covid-19 during the peak of the pandemic as official figures suggested, with ethnicity playing an even greater role than previously thought, according to a large-scale analysis of GP records.

The analysis of a database of 1.2mn patient records across four east London CCGs between 14 February and 30 April found that GPs recorded 8,985 suspected Covid-19 cases.

That figure is triple the number who tested positive at Government test centres over that period, the researchers pointed out in the British Journal of General Practice.

Figures from 157 GP practices across London also show that black, Asian, and minority ethnic (BAME) patients were twice as likely to present with Covid-19 – an increased risk that could not be explained by other health conditions, obesity or social deprivation.

They concluded that information from general practice could be used as an early warning system to spot when cases may be rising in a specific area.

For South Asian and black patients, there was an almost two-fold increase in the odds of suspected infection and this only fell by a small amount when demographic or clinical factors were included in the analysis.

Across adult patients having a number of co-morbidities and being overweight or obese are major independent risk factors, the data confirmed, but they did not find a greater incidence among men perhaps suggesting that the risks of severe disease among men appear later on in the disease trajectory.

Lead researcher Dr Sally Hull from Queen Mary University of London said the results suggested that Covid-19 prevalence during the peak of the epidemic was higher than previously thought and with much of the epidemic being managed in primary care, timely reporting of test results to practices was needed.

‘It’s going to be very important how GPs record and manage cases in their community, as this can provide an early warning system if cases are rising again in an area and if we’re about to see a second wave of infection.’

Dr Hull added: ‘The high prevalence among BAME patients remains a big concern, and we now know that ethnicity is still a risk factor even after you take account of social deprivation, long-term conditions and BMI. So there is something else driving this, which urgently requires more research.’

Potentially key factors which the study could not analyse include household size, employment, travel and the availability of personal protective equipment, the researchers said.

It comes as Public Health England admitted in June that the Covid-19 pandemic has laid bare ‘humbling’ inequalities.

This followed its rapid review during May which found that BAME people had a higher Covid-19 risk in the UK, with people of Bangladeshi origin being at highest risk of death and black people most likely to be diagnosed.

Following the findings, NHS England wrote to GP practices asking them to complete risk assessments for at-risk staff from BAME backgrounds with some practices removing staff from face to face work as a result.

Professor Azeem Majeed, professor of primary care at Imperial College London, said there were likely to be several factors underpinning the increased risk of of Covid-19 infection seen in BAME individuals.

He added that the true infection rate would have been even higher because many wouldn’t have contacted their GP.

‘I agree with the authors it is important to use local GP data to monitor infection rates and identify any hotspots for infection.’

He added: ‘We also need to ensure that people can get tested quickly if they have a suspected Covid-19 infection. Recently, some people have reported that they have been asked to travel distances to get a test, which would deter people from being tested and increase the risks of local outbreaks.’

Regarding the new findings highlighting the high prevalence of suspected Covid in patients from BAME communities, RCGP chair Professor Martin Marshall said: ‘This is something we need to urgently understand and address. The College has recently written to the Minister for Equalities calling for an update on the implementation of recommendations made in the Fenton report earlier this summer.

‘Specifically, we want to know what progress has been made in developing risk assessment tools for BAME staff across the NHS to ensure they are safe to work and feel confident in doing so; and for public health campaigns to be more effectively targeted to people from BAME communities.’

Dr Ramesh Mehta, president of the British Association of Physicians of Indian Origin (BAPIO) said he welcomed any schemes for GPs to help identify and educate at risk BAME individuals.

‘This study is very interesting because it shows the prevalence was much higher than thought from hospital data.’

He added that it was important to raise awareness of factors such as a higher incidence of metabolic syndrome in South Asian populations and vitamin D deficiency.

‘But the other important factor is education and a lot of people still think it is like a flu. The Government needs to put a lot more effort into education among BAME groups about social distancing and handwashing.’

Dr Adwoa Danso, a GP and executive member of the Ghanaian Doctors and Dentists Association UK said at the time of the study lack of testing would have made it harder to diagnose Covid-19.