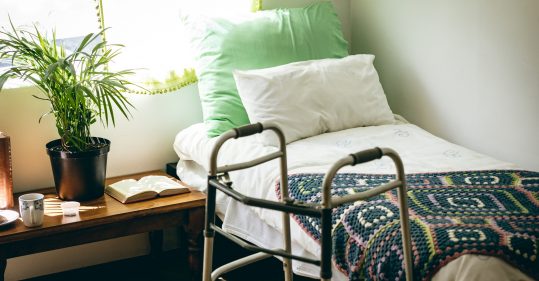 The highest number of deaths in a single care home was 44 with more than 30 deaths happening in 21 care homes during the Covid-19 pandemic, data released by the CQC has shown.

Deaths were spread around the country with those in the North East having the most Covid-related deaths early in the pandemic and South East care homes hit hardest in the second wave, the report showed, which details Covid deaths that took place in individual care homes between April 2020 and March 2021.

Overall more than 39,000 people living in care homes in England died from Covid over the year, the data breakdown highlights.

Families have been pushing for the data to be released in addition to the weekly Office for National Statistics national report to allow for more transparency.

The CQC said the impact of the pandemic on adult social care services has been devastating and, despite the best efforts, Covid-19 has contributed to ‘a significant increase in the number of deaths in nursing and residential care settings’.

But the regulator’s report, released on Wednesday, added death notifications do not in themselves suggest poor quality care and are affected by factors such as local community transmission, the size of the care home, and the age and health and care needs of residents.

Vic Rayner, chief executive of the the National Care Forum (NCF), urged: ‘Revisiting the ordeal of the pandemic is difficult for all concerned and it is essential that the information published is handled with sensitivity and the greatest respect.’

The figures include deaths in hospitals, ambulances and other settings if the person was registered as a care home resident at the time, the CQC said.

So someone who was been admitted from a care home to hospital with a fracture, contracted Covid-19 while in hospital, and subsequently died without returning to the care home would still be included in the figures, they explained in an accompanying report.

Numbers of deaths are one indicator which might lead to an inspection but other information of concern, including safeguarding referrals, whistleblowing, complaints, previous regulatory history, or absence of a registered manager are all more likely to indicate a risk of poor quality care, the CQC said.

Over the period covered by the figures, the CQC carried out 5,577 inspections of residential adult social care providers between 10 April 2020 and 31 March 2021, some of which were specifically about infection control procedures.

Kate Terroni, CQC’s chief inspector of adult social care, said: ‘In considering this data it is important to remember that every number represents a life lost – and families, friends and those who cared for them who are having to face the sadness and consequences of their death.’

She added: ‘We have a duty to be transparent and to act in the public interest, and we made a commitment to publish data at this level, but only once we felt able to do so as accurately and safely as possible given the complexity and sensitivity of the data.

‘In doing so, we aim to provide a more comprehensive picture of the impact of Covid-19 on care homes, the people living in them and their families.’

Hugh Alderwick, head of policy at the Health Foundation, said the new data highlights the ‘grim toll’ that the pandemic has taken on people in care homes, which were often also impacted by community transmission but said the scale of the problem was ‘not inevitable’.

‘Central government support for social care during the pandemic was often too little, too late, particularly during the first wave. The government’s claim of “a protective ring” around care homes was not grounded in reality.’

‘The social care system that entered the pandemic was underfunded, understaffed, and undervalued – scarred by decades of political neglect.’

A PHE review published last summer suggested that care home deaths at the start of the pandemic were likely under-reported.

A version of this story was published on Nursing in Practice’s sister title Pulse.