Dementia is now the most common couse of death in England, overtaking heart disease, according to new data released by Public Health England (PHE).

PHE published the ‘landmark’ Health Profile for England last week, which showed that between 2001 and 2015, death rates from heart disease and stroke has halved for both males and females. Over the same time period deaths from dementia and Alzheimer’s have increased by 60% in males and 50% in females.

‘This partly reflects the fact that the population is ageing and that two-thirds of deaths now occur among those aged 75 and over, but also an increased awareness of dementia,’ the report states. 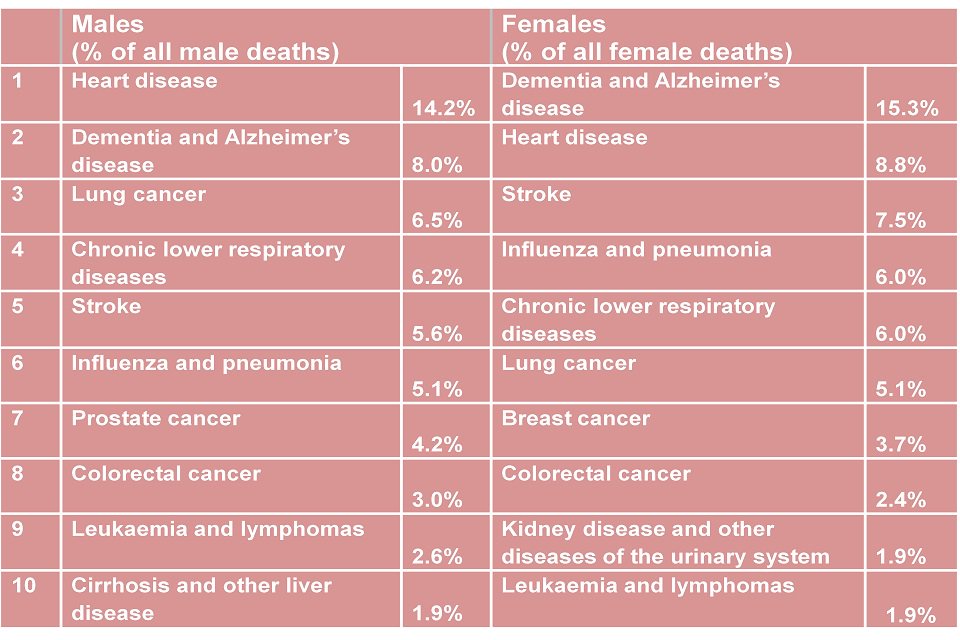 It has been confirmed by new data released by Public Health England (PHE) that dementia is now the most common couse of death in England, overtaking heart disease.