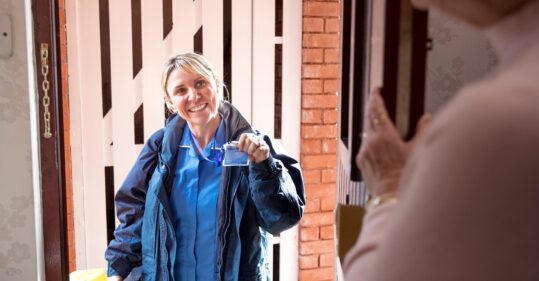 The number of new students to the district nurse specialist practitioner qualification (SPQ) programme has increased by almost a fifth across the UK but district nurse education in England needs a funding boost, according to a new report released today (1 November).

However, the report raised concerns about the number of students enrolling onto programmes compared to 2014/15 increasing by only 5% in England while Wales and Northern Ireland saw a jump of 124% and 71% respectively. Scotland saw an increase of 5%.

QNI chief executive Dr Crystal Oldman called for ‘substantial, secured investment’ in district nurse education in England that is ‘sufficiently flexible to enable both full time and part time options’ to address the variation between countries highlighted by the analysis.

The document went on to stress that concerns remain about the 46% reduction in the total number of district nurses over the past nine years, which it said has ‘serious implications if we do not increase numbers to meet the growing demand’.

It also revealed an increase in the number of universities that offered the V300 independent prescribing module as part of their district nursing programme, from 12 in 2016/17 to 15 to 2017/18.

Meanwhile, it suggested that there is a broader engagement with service organisations with increased flexibility for students, as the average number of providers each university worked with was four and the largest number 11.

However, the audit revealed a mixed picture when it came to supernumerary status of students: practice placements do not always provide it, though it is required by most universities.

Dr Oldman said: ‘The QNI is concerned that this trend could have adverse effects on student learning, given the growing complexity and challenges the modern district nursing team leader role, which the district nursing SPQ is designed to prepare students for.’

District nurses working in the NHS has dropped by almost 43% in England alone in the last ten years, meaning 4,000 district nurses are providing care for a population of around 55.8 million in England, figures from NHS Digital show.

The number of new students to the district nurse specialist practitioner qualification (SPQ) programme has increased by almost a fifth across the UK but district nurse education in England needs a funding boost, according to a new report released today (1 November).