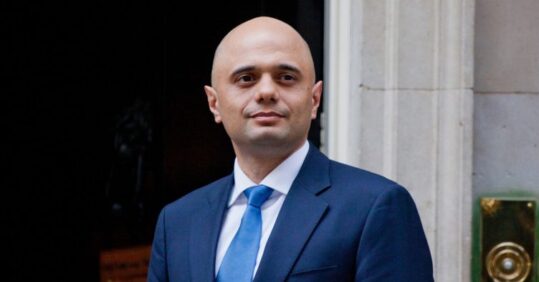 The Government has confirmed that legal Covid-19 restrictions will end in England next week (19 July), stating that it does not believe the current rise in infection rates will put unsustainable pressure on the NHS.

Speaking in the House of Commons yesterday afternoon, health and social care secretary Sajid Javid said this comes as the country is ‘on track to beat’ targets of offering a first vaccine dose to all adults and giving two doses of vaccine to two thirds of adults by 19 July.

Addressing MPs, Mr Javid acknowledged that Covid cases and hospitalisations ‘are rising, propelled by the new, more transmissible Delta variant’ and that ‘sadly, the case numbers will get a lot worse before they get better’ – possibly rising to 100,000 cases daily.

However he added: ‘But on the basis of the evidence in front of us, we do not believe that infection rates will put unsustainable pressure on the NHS. It’s so important that everyone does their bit in helping the NHS to stand strong. And the best thing we can all do to protect the NHS, and each other, is to get the jab, and crucially, get both doses.’

Despite rising hospitalisations, Mr Javid said ‘we should be encouraged that hospitalisations are far lower than they were at this point during the previous wave’ and that ‘people over 65 who are more likely to have had both doses of a vaccine make up 31 per cent of Covid admissions in the last week, compared to 61 per cent in January’.

He said: ‘This is further evidence that our vaccination programme is doing its job and protecting our NHS. And as more people get the jab, our protective wall will get stronger still. We will stay vigilant and keep a close eye on the data, as well as the impact of long Covid, where we’re investing £50m into research.’

The health secretary also argued that summer is a safer time to end restrictions than winter, ‘when the virus will have an advantage’.

Mr Javid said: ‘We delayed step 4 by four weeks so we could build our vaccine wall even higher. We believe this wall means we can withstand a summer wave. And while the wall would be higher still in winter, we know the wave would be much more dangerous.

‘So while we know there are risks with any decision, this is the most responsible decision we could take.’

But the health secretary added that as the Government ends legal restrictions, it is ‘important that people act with caution and personal responsibility’.

On the continued use of face masks, Mr Javid said ‘it’s expected and recommended that people should wear face coverings, unless they’re exempt, in crowded, indoor settings like public transport’.

Also speaking in the House of Commons, Labour’s shadow health secretary Jonathan Ashworth said his party’s position on abandoning mandatory mask wearing at this time was that it is ‘irresponsible’.

But, speaking in a coronavirus briefing on Monday evening, Mr Johnson backtracked on previous promises that the road out of lockdown would be irreversible.

Instead, responding to a question from the public on whether restrictions could return, the Prime Minister said data would be kept under review ‘probably I’m afraid until next year’, with ‘nothing’ ruled out.

A version of this article was originally published on Nursing in Practice sister title Pulse.