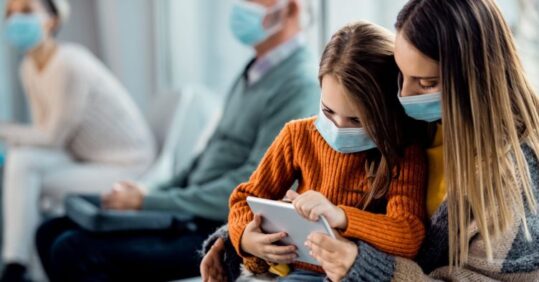 GP practices in England’s primary care networks (PCNs) will be required to open from 9am to 5pm on Saturdays from October under new enhanced access arrangements.

The plans were revealed today as part of the GP contract updates for 2022/23, which include changes to both the core GP Contract and the Network Contract DES.

They will require GPs to provide ‘a range of general practice services’, including ‘routine’ services ‘in line with patient preference and need’.

It remains unclear how the service will be funded.

In a letter to practices, NHS England said: ‘The new offer is based on PCNs providing bookable appointments outside core hours within the Enhanced Access period of 6.30pm-8pm weekday evenings and 9am-5pm on Saturdays, utilising the full multi-disciplinary team, and offering a range of general practice services, including “routine” services such as screening, vaccinations and health checks, in line with patient preference and need.

‘PCNs will be able to provide a proportion of Enhanced Access outside of these hours, for example early morning or on a Sunday, where this is in line with patient need locally and it is agreed with the commissioner.’

The new ‘enhanced access’ arrangements aim to ‘remove variability across the country and improve patient understanding of the service’, it added.

NHS England announced in August that PCNs would deliver a ‘single, combined extended access offer’ funded through the network DES from April 2022, with further details to be published in the autumn.

It said at the time that the extended access requirements would be included within the 2022/23 DES which would be published ‘later [in the] financial year’.

However, the scheme’s launch was delayed for the second time until October 2022.

In the letter sent to practices today, NHS England confirmed that the new ‘enhanced’ access offer will bring together the current £1.44 per head Network Contract DES extended hours funding and the current £6 per head CCG-commissioned extended access services – into the PCN DES.

Delivery will start from October 2022, with ‘preparatory work from next month’, it said.

PCNs will need to provide a ‘minimum of 60 minutes of appointments per 1,000 PCN adjusted patients per week’, with bookable appointments for ‘any general practice services’, it added.

However, it remains unclear how much they will be funded for the service.

The appointments – which must be bookable in advance or on the same day – must be a ‘mixture of in-person face-to-face and remote’ , with a ‘reasonable number’ of face-to-face consultations available.

And PCNs must ‘make available to NHS 111 any unused on the day slots’ that fall within the hours of the service, unless they have agreed with the commissioner that ‘the timing for when these unused slots are made available is outside of these hours’.

NHS England said PCNs must ‘work with their commissioner to produce and agree an Enhanced Access Plan‘ to ‘prepare for delivery’ of the service from 1 October 2022.

Plans must be submitted by 31 July with a ‘final iteration’ agreed by 31 August.

A version of this story was originally published by our sister publication Pulse.