Exclusive: £10,000 golden hello for postgraduate nurses in struggling specialisms not yet paid 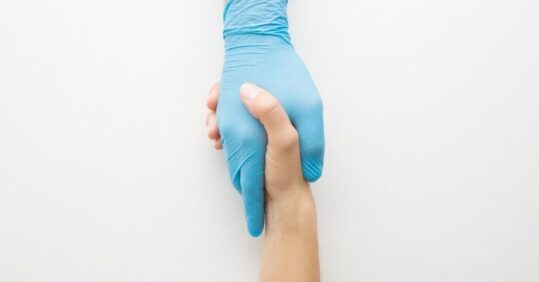 A ‘golden hello’ scheme offering £10,000 to postgraduate nurses working in specific understaffed specialisms has not yet made a single payment despite having been announced by the Government over four years ago.

In May 2018, Steve Barclay, the health and social care secretary both now and at that time, told the House of Commons his department intended to offer ‘£10,000 golden hellos to postgraduate students in specific hard-to-recruit disciplines—mental health, learning and disability, and district nursing’, backed by £9.1m and a further £900,000 to mitigate a particular challenge with recruiting.

In June that year, Mr Barclay went even further to say that the Government had already ‘introduced a £10,000 golden hello for postgraduates who go into the learning disability field’.

However, more than four years since the initial announcement, Nursing in Practice can reveal that not a single golden hello payment has been made to eligible postgraduate nurses in these areas.

The scheme would have paid £10,000 to nurses who started a postgraduate course in learning disability nursing, mental health nursing or district nursing funded by loans in 2018/19, who subsequently qualified and were employed in these roles in the health and care sector.

But in response to a freedom of information request for the number of postgraduate nurses who have received payment, the DHSC said that it ‘does not hold any relevant information, as no payments have yet been made’.

This is despite postgraduate nursing courses typically taking two years – meaning most of the eligible cohort in 2018/19 would have likely qualified and started looking for work in 2020/21.

When asked for details about the number of nurses who were eligible for payment, the DHSC rejected this request for information on the grounds that ‘the operational aspects of this policy are still live, with decisions still pending and under development’.

The requested data ‘forms part of the evidence base which is being used to provide an informed background to these decisions’, the DHSC added.

Yet, despite DHSC saying the policy is live, many experts and eligible nurses have told Nursing in Practice that they have never heard of it.

Sally-Anne Dickinson, a community learning disability nurse from the Black Country, was part of the eligible 2018/19 cohort, but does not know anyone who has been offered the golden hello, despite knowing ‘many’ nurses who completed mental health and learning disability degrees in this time.

Likewise, Sue Bridges, a consultant nurse who is working to develop learning disability nursing pathways for the East of England at Norfolk and Suffolk NHS Foundation Trust , said her team ‘were not aware’ of the payment scheme and did not know any nurses who had received it.

Ms Bridges also pointed out that many of the 2018/19 cohort received golden handshake payments of up to £5,000 to work for private providers – and she argued that a payment of this kind could also help a struggling NHS workforce.

‘Our numbers are declining rapidly, and we’re in a bit of a crisis,’ she explained. ‘It’s the same with every nursing degree, people end up coming out with a large debt. Having undertaken a nursing degree without a bursary that’s a challenge for people.

‘People have been put of nursing as a career so we’re less likely to get the recruits that we need to fill the posts and vacancies that we’ve got.

Dr Nichola Ashby, the RCN’s deputy director for nursing education, research and ethics, said: ‘The nursing workforce crisis is undermining safe care. This includes those areas for which the ‘golden hello’, announced by the health secretary in 2018, aimed to help address. Those shortfalls in the workforce remain.

Likewise, QNI chief executive Dr Crystal Oldman said that it was ‘disappointing that the scheme to award financial incentives to nurses training and qualifying in certain specialisms – including district nursing – does not appear to have come to fruition.

‘The financial burden of undertaking a district nursing qualification would make a ‘golden hello’ or similar funding very useful and the QNI would be very willing to assist in the development and implementation of any financial support scheme for post-reg community nurses.

‘This would help recruit and retain nurses where they are most urgently needed to help deliver the NHS’ immediate needs and long-term plans,’ she added.

District nurse numbers have seen rapid declines, their workforce falling by 40% in the last decade, which has left only one district nurse for every 14,000 people.

A Department of Health and Social Care spokesperson said: ‘We are investing in nurses and their education. Since 2020 nursing, midwifery and some allied health professional students have been eligible for a non-repayable training grant of at least £5,000 per year.