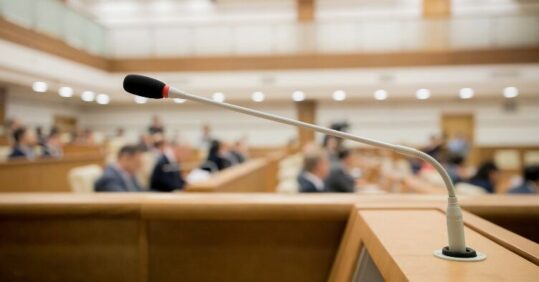 Tackling the fitness to practise (FtP) backlog loomed over discussions at the NMC council meeting today, with the problem identified as its key priority as staffing issues and complicated cases hold back progress.

Executive council member Lesley Maslen told the meeting said she was ‘confident we can crack this’ but cautioned other council members that a large vacancy gap within the FtP team and more complex cases were making it difficult to cut down on the case backlog.

David Warren, chair of the executive council, called the list of unresolved cases ‘the one indicator where we are failing’, adding that tackling it was the ‘number one priority’ for the NMC, although he added that he was ‘really encouraged’ by recent progress.

As of September, there were 6,115 open FtP cases in the NMC’s backlog and, while this is slightly lower than in previous months, the total caseload has decreased by less than 500 since October 2021.

This is the third year running in which the NMC has failed to meet the standards set by the Professional Standards Association, the UK’s super-regulator, on tackling fitness to practice cases; this caused the PSA to activate its escalation policies and inform the health and social care secretary of their concerns.

While the NMC’s total caseload has remained roughly static, Ms Maslen pointed out that they had reduced the number of cases pending screening, although this was partly due to a reduction in the number of FtP cases being referred to the NMC.

Yet while some progress is being made, the NMC is still not reaching its own targets of 5000 cases by April 2023. To achieve this, the caseload will need to be reduced by 200 every month until the end of the financial year.

However, there has only been one month since last October when the caseload has decreased by 200, while there were a number of months in which the caseload actually increased.

The council meeting partly attributed this failure to the ongoing impacts of Covid and staffing issues within the NMC. Ms Maslen said that there were ’88 vacancies across fitness to practice’, while council papers stated that progress ‘was hindered by vacancies in key case progression roles.’

‘We are absolutely on this,’ said Ms Maslen. ‘If you don’t have the bodies, we can’t get the caseload down. It’s about having the right people, the right capabilities, and a focus on really holding people to account.

Ms Maslen also said that efforts to reduce the caseload were being hindered by a number of increasingly complex cases, frequently involving local members of parliament, which took more time to conclude. Likewise, she pointed out that a number of cases in Northern Ireland were being held up by police investigations.