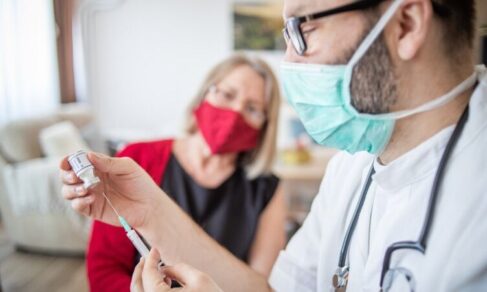 Suggestions that new ‘flimsy’ needles used for the Covid booster may threaten the autumn rollout are incorrect, says a leading nurse. In fact, the new needles may be better for patients.

Concerns had been raised on NHS messaging boards that the needles supplied with the Moderna SpikeVax Bivalent vaccination bent when used and were ‘not fit for purpose’. However, according to an experienced nurse the thinness of the needle is not a serious issue for a practiced vaccinator.

However, in an update released yesterday NHSE said that, while it would not be recalling the Owen Mumford Unifine needles, ‘as a precautionary measure, to allow time to review feedback given by the NHS’ alternative needles would be provided.

Vaccination centres offering the Covid booster would be provided with the established GBUK Prosum 25G x 25mm, 1ml CNS which is familiar to vaccinators. The needles should be supplied alongside the Spikevax Bivalent from September 18th.

Those who still have the Owen Mumford Unifine needles in stock and are not experiencing issues are advised to continue using the needles they have to provide the Covid booster jab.

Marilyn Eveleigh is the former lead nurse at NHS Brighton & Hove, and returned to work in the NHS as a vaccinator during the Covid-19 pandemic. She says that the thinner needles are a ‘technological miracle’ for patients as the thinner profile causes less pain.

Yet, while Mrs Eveleigh says that she initially had trouble with the new needles, by the time she had ’emptied a vial’ she ‘never had the same problem again and just got used it it.’

Mrs Eveleigh says that all the nurses in her Covid booster vaccination centre were using the needles ‘absolutely fine’ and that on Monday they were able to deliver over 800 doses without a single needle breaking.

In addition she said that, in switching to the new needles, ‘the value for patients was fantastic. They hardly noticed the injection.’ Also adding that the Owen Mumford Unifine needles would make vaccinating children ‘a toddle’.

Meanwhile NHSE told Nursing in Practice’s sister paper, Pulse, that the issue was a manufacturer issue and that other needles are available.

A spokesperson for UKSHA said that ‘We are aware that some NHSE sites are experiencing some problems with the use of the new needle and syringe being supplied for administrating the Moderna bivalent vaccine.

‘We are in touch with the supplier about these concerns, including the facilitation of additional training support, but if necessary will also offer an alternative suitable product to avoid any disruption to the vaccination programme.’

In response to suggestions that the needle issues could hold up the Autumn Covid booster rollout, Ms Eveleigh said that ‘on a practical basis’ this didn’t cause any disruption. ‘No patient was stopped from having their vaccine, nurses wouldn’t allow that to happen.’