Florence Nightingale Museum to reopen after more than a year 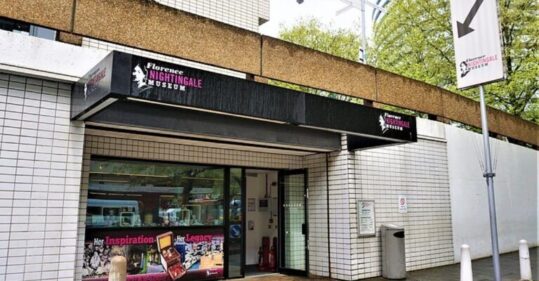 The Florence Nightingale Museum will reopen on International Nurses’ Day next month – more than a year after it closed because of the impact of Covid-19.

The museum, in the grounds of St Thomas’ Hospital in London, closed indefinitely in February last year, announcing a ‘major review and restructuring’.

Museum director David Green told Nursing in Practice at the time that the ‘hibernation period’ was necessary to avoid becoming ‘financially insolvent’, following a drop in visitor numbers and the ‘complete collapse’ of tourism since the Covid-19 pandemic began.

The museum has now announced it will reopen on 12 May, marking International Nurses’ Day and the 202nd anniversary of Florence’s birth. In a statement, it said: ‘It’s official. We will be reopening from 12 May. Thank you for your support, everyone. We hope to see you soon.’

The museum, which first opened in 1989 and is an independent charity, is now on ‘a surer footing’, Mr Green said, with ‘hard work’ in fundraising and grant applications allowing it to reopen, ‘hopefully for good this time’.

Before lockdown began in March 2020, the museum had begun to celebrate the 200th anniversary of Florence’s birth. Celebrations of her bicentenary will now reopen, including the Nightingale in 200 Objects, People and Places exhibition. Highlights will include one of her famous lamps used by her during the Crimean War, her medicine chest, writing case and pet owl Athena.

New features at the museum will include a celebration of Florence’s legacy in statistics, becoming the first female member of the Statistical Society of London in 1858.

A spokesperson for the museum said: ‘Florence is remembered as the founder of modern nursing, but she was so much more; a female icon in her own lifetime, a healthcare pioneer, an influential statistician, a trailblazer and a leader. And her legacy still lives on today.

‘Visit the museum to celebrate the life of this trailblazing woman, how she fought against her parents’ wishes to become a nurse, her work during the Crimean War and how she campaigned for better healthcare for ordinary people.’