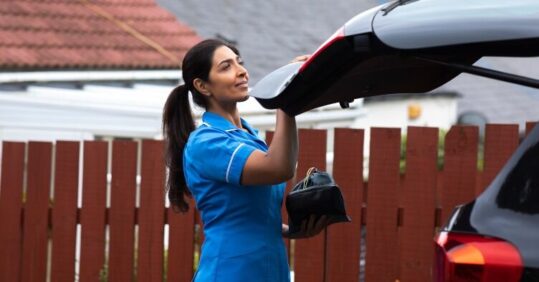 Social care providers found that among staff leaving their employment, 77% said that they were leaving the social care sector all together with over two thirds citing low pay as the main reason for leaving the industry.

However, it was reported that those leaving their roles due to pay did not leave the sector all together but went to find higher paid roles in adult social care, often as agency staff.

The average price for agency staff reported by social care providers was 100% higher than the hourly rate of a nurse or carer from an independent provider.

The average hourly cost of hiring a nurse from an independent provider was £19.49 whereas an agency nurse would be paid £37.56 on average, almost double the hourly rate.

Carers hired from independent providers had a mean hourly rate of £9.90, whereas a comparable agency carer was invoiced for £19.57 on average.

Mr Padgham reports that it is also becoming much harder to retain staff. ‘We’ve gone the extra mile,’ he said. ‘We’ve offered holidays, cars, bonuses, and now were introducing food vouchers. We’ve gone as far as we can bit its the toughest I’ve known in 30 years.’

The survey also found that 88% of care providers said that it was becoming much harder to hire agency staff, with 74% saying that they had to call multiple agencies in order to find staff, a finding which Mr Padgham corroborated.

‘Agency is a short-term solution which has now snowballed into a long-term fix for adult social care providers. This is not sustainable.’ said Professor Martin Green OBE, chief executive of Care England.

Professor Green said: ‘The use of agency staff has been a bandage over more deep-routed recruitment and retention issues, which now, expectedly, are unravelling. The results of our recent survey demonstrate the severity of these issues, with the usage and cost of agency staff increasing dramatically over the last year.

‘This is not only affecting the quality and continuity of care but compounding pressures on the NHS. Without central intervention, these issues will only worsen over the coming months

‘The current measures in place are wholly insufficient. We need a root and branch reform of how individuals enter and progress through roles within the sector’