Government not on track to recruit 26,000 ARRS staff, warns RCGP 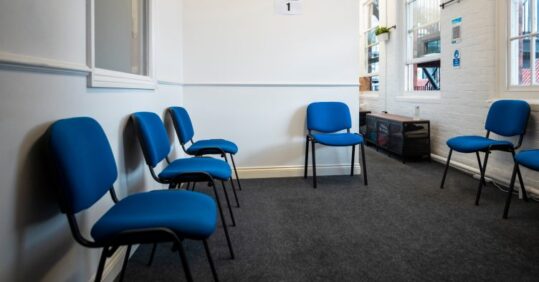 The Government risks failing to meet its manifesto pledge to recruit 26,000 additional staff without stepping up efforts, according to analysis by the RCGP.

But according to NHS Digital figures reviewed by the RCGP, an estimated 9,464 ARRS roles had been filled across PCNs as of September 2021: several thousand short of the 13,000 staff the RCGP said it would expect to be in place two and a half years into the scheme.

Delivered across five years, the RCGP said it would expect around 5,200 roles to be filled each year to meet the 2024 target, which is measured against a baseline established in March 2019.

It comes two months after health secretary Sajid Javid admitted that the Government is not on track to deliver its election manifesto pledge to recruit 6,000 additional FTE GPs by 2025.

RCGP chair Professor Martin Marshall warned that although progress toward meeting the ARRS target is coming along ‘better’ than the GP target, it is ‘still slow and very concerning that this could be another promise that won’t be met’.

He added that efforts need to be ‘stepped up’ to catch up and meet the target, highlighting the need to support practices under ‘intense’ workload and workforce pressures as the NHS enters a third year of the Covid-19 pandemic.

He added that efforts need to be ‘stepped up’ to catch up and meet the target, highlighting the need to support practices under ‘intense’ workload and workforce pressures as the NHS enters a third year of the Covid-19 pandemic.

He said: ‘The impact of not having enough staff in general practice is being felt acutely both by GPs and our team members who are in the profession and working to their limits, and our patients who are facing longer waits for the care they need. Meeting this target – and the GP target – will be vital to addressing this.’

He added that practices ‘simply do not have enough GPs and members of the wider practice team to manage the ever-growing need for care’ in light of ‘burgeoning’ waiting lists to access GP services.

However, the Government suggested the analysis was not accurate.

A Department of Health and Social Care spokesperson said: ‘We are on target to recruit 26,000 new staff to support GPs’ surgeries, including pharmacists, physiotherapists, dieticians and occupational therapists.

‘The new recruits will be a core part of local primary care teams, reducing pressure on general practice and ensure patients can see or speak to the right clinician.

‘We have invested £530m to expand GP capacity during the pandemic, on top of £1.5bn until 2024 and we have a record number of GPs in training this year, with 4,000 accepting places.’

A version of this article was previously published by Nursing in Practice sister title Healthcare Leader.