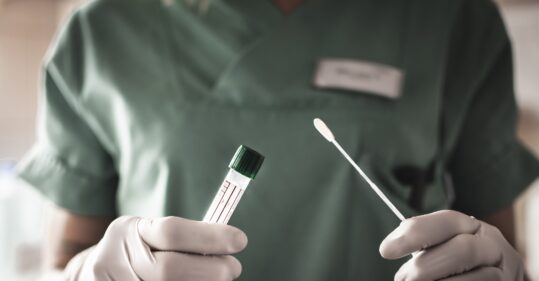 Local public health directors should be in charge of the Government’s test and trace system, the Independent Scientific Advisory Group for Emergencies (SAGE) has advised today.

The report from SAGE, a group of 12 leading scientists, warned that this is a ‘critical’ moment for the Government to act to change its ‘not fit for purpose’ test, track and trace system, with the pandemic still growing in some regions.

It argued the goal of tracing 80% of contacts has been made ‘impossible’ because the system is operated by companies ‘with no previous experience’ through an ‘untested’ centralised system. ‘A radical restructuring is necessary with responsibility handed over to local public health directors,’ SAGE said.

Normally, local public health teams would undertake contact tracing, such as if there was an outbreak of meningitis in a school. But the Government’s ‘Test, Track and Trace’ system, led by Baroness Dido Harding, has private contractors providing 25,000 contact tracers.

In addition, the report criticised ‘the apparent failure’ of the contact tracing app, which it says was ‘one of the many areas that the UK went its own way taking an approach that was very different to other countries’.

It also raised concerns that the ‘loss of trust’ in government over recent weeks – particularly among ethnic minority communities – was likely to undermine compliance with the scheme.

An effective testing system must provide people identified as contacts with support around isolation, food and finance, it said.

It also includes criticism over the high number of false negatives and inaccuracy of home swabbing, leading to ‘multiple concerns’ over sufficient access to testing in England.

The report stated: ‘An effective… programme is essential if we are to recover our economy, protect livelihoods and secure longer-term wellbeing and health provision for all.’

Sir David King, the UK Government’s former chief scientific advisor, convenor of SAGE, said today: ‘We believe that a new approach is required, one that moves away from a centralised system that utilises a local first approach.

‘We are calling on the Government to urgently rethink their course to ensure that we have a system in place that will help and not hinder the country’s recovery.’

It emerged last month that health and social care staff in England ‘who correctly use personal protective equipment’ will not be tracked and traced.

Local public health directors should be in charge of the Government’s test and trace system, the Independent Scientific Advisory Group for Emergencies (SAGE) has advised today.