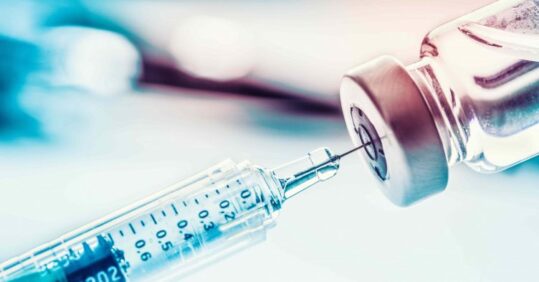 GP consultation rates for flu are continuing to rise in England this winter, as the number of hospitalisations linked to the virus have started to climb again.

The latest official data from Public Health England show GPs saw influenza-like symptoms in 19.4 of every 100,000 registered patients in the week leading up to 29 December.

The point at which GP consultations indicate flu season has begun is when 12.7 per 100,000 registered patients show symptoms.

Meanwhile, there was a slight increase in the number of flu-related hospitalisations compared with the previous week.

In the week leading up to 29 December there were 464 hospitalised confirmed influenza cases – up from the 457 in the week before, but not as high as the 472 confirmed cases in the week ending 8 December.

Meanwhile the latest data from GP practices in England reporting adult vaccination rates show 70.2% of patients aged 65 and above have received their flu jab so far this winter.

A total of 40.1% of patients under the age of 65 in a clinical risk group have been given their influenza vaccine this year, and 40.9% of pregnant women.

GP practices in England also reported 35.7% of two-year-old children and 35.2% of three-year-olds had been given their 2019/20 vaccine, almost catching up with last year’s levels.

In November, PHE and NHS England advised GPs to call in all eligible children for flu vaccination by early December, following an end to the temporary pause in ordering nasal flu vaccines.

GP consultation rates for flu are continuing to rise in England this winter, as the number of hospitalisations linked to the virus have started to climb again