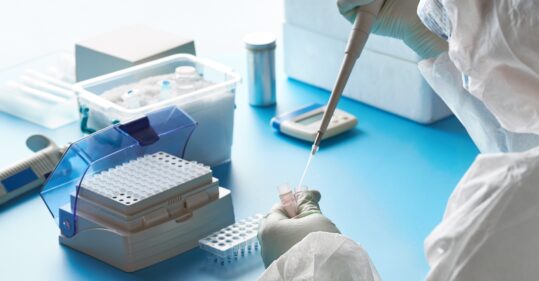 GP practice staff and their households are being targeted in a trial of a new weekly no-swab saliva test for Covid-19.

The four-week study will evaluate the accuracy of the the new, less uncomfortable test against the currently widely used polymerase chain reaction (PSR) nasal swab.

The pilot will take place in Southampton, led by Southampton City Council, the University of Southampton and the NHS, incluiding 14,000 GP staff, other essential key workers, university staff and their households – who will be tested every week regardless of whether they have Covid-19 symptoms.

University of Southampton researchers will collect saliva samples from participants’ homes, using the new method, which the Department of Health said had been shown to be ‘highly promising’.

Health and social care secretary Matt Hancock said: ‘Saliva testing could potentially make it even easier for people to take coronavirus tests at home, without having to use swabs. This trial will also help us learn if routine, at-home testing could pick up cases of the virus earlier.

‘I am very grateful to everyone involved in the trial who is helping us develop our understanding of the virus which will benefit not only our but the global response to it.’

The Labour Party and Royal College of Surgeons have previously urged the Government to introduce weekly Covid-19 testing for all NHS staff to reduce the spread of infection in healthcare settings.

The DHSC said at the beginning of April that it would be testing critical key workers regularly once widespread testing became available, while NHS England said at the end of April that asymptomatic NHS staff would get tested.

Despite this, the Government has so far only advised NHS Trusts to routinely test asymptomatic frontline staff, and only on a strategic basis to reduce infection risk where there is reason for concern.

A recent study from Imperial College London suggested that weekly testing of healthcare workers is ‘estimated to reduce their contribution to transmission by 25-33%, on top of reductions achieved by self-isolation following symptoms’.

GP practice staff and their households are being targeted in a trial of a new weekly no-swab saliva test for Covid-19.