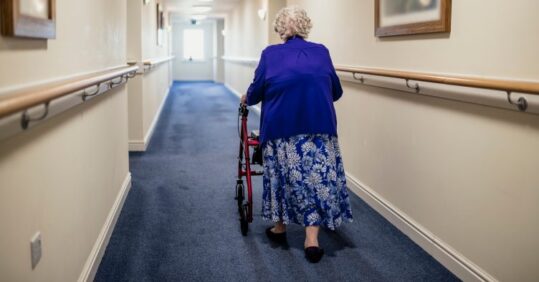 The survey by Pulse – Nursing in Practice‘s sister publication – of 454 GPs also found some respondents (6%) are seeing their practice spend more than 10 hours a week ensuring the rounds take place.

The rounds will become a contractual requirement from October for practices signed up to the network DES, but in light of the pandemic NHS England advised GPs to start carrying them out from May.

The BMA said the survey results showed care home rounds were creating ‘significant workload’ for GPs and it was crucial that CCGs supported practices to hire the extra staff required.

GPs have told Pulse they

Pulse’s survey of GPs in June found just over a quarter of the 454 GPs taking part said their practice was not spending any time on the care home rounds – including those that do not serve any care homes in their patch and those who are refusing to carry out the service.

Meanwhile 27 GPs said it was taking their practices more than 10 hours every week to deliver the rounds. Overall, the results showed practices are on average spending 162 minutes a week on the task.

The rounds should include a check-in with patients needing priority care – and remote monitoring of Covid-19 patients, by using pulse oximeters and other equipment.

GP partner Dr Eithne MacRae, based in St Helens, said: ‘We still do not have the weekly multidisciplinary team ward rounds set up and running. As a network, we do not have the people in post yet.

‘I am currently doing a face-to-face of all patients every 28 days – initially so I would be able to issue death certificates without involving the coroner as we did not know how bad Covid would get. I went through all my residents in detail at the start and a monthly review is more than adequate.’

Dr MacRae said in the past care homes had faced difficulties using technology such as Ipads and that when staff are eventually in post to carry out the rounds it will be hard for GPs to find the time to discuss nursing home patients.

She added: ‘They are a fraction of my practice list and already take up a disproportionate amount of time. Adding a weekly MDT makes no sense in my opinion. Trying to get various people together at the same time on a weekly basis is simply not workable if one of those people is the GP.’

Another GP partner, Dr Marie Williams, in Blackpool, said: ‘It’s a nonsense. Care homes have daily access to on-call doctors – we will see anyone virtually, as required. This is closing the stable door after the horse has bolted and is not a new service to us.

‘We have already had a service in place for sometime to support our care homes. The nature of NHSE wording suggests its GPs who have been neglecting care homes resulting in the crisis we have seen during Covid.’

GP Dr David Coleman, based in Doncaster, said his practice had already introduced weekly check-ins with care homes before NHS England’s instructions, but noted this was because his practice had the spare capacity.

He said: ‘We were doing this before NHS England advised it – we had the capacity and it felt sensible to adopt a more proactive approach for this vulnerable group.’

He said: ‘The increased opportunity to deliver care through virtual multidisciplinary teams, and the greater involvement of community nursing staff, has been helpful in recent weeks – but as this survey shows there remains a significant workload for practices in providing healthcare to care home residents.

‘It’s vital therefore that CCGs properly support practices so they can employ the necessary staff to deliver this important service.’

NHS England did not respond to a request for comment.

The rounds were originally intended to be brought in from October 2020 as part of an enhanced care home service under contractual changes affecting GP practices signed up to the primary care network DES.

But in April NHS England said it expected ‘key components’ of the service to be brought forward, as part of the NHS’s second phase of response to Covid-19.

NHS England’s primary care director later clarified it was not a contractual requirement for the ward rounds to be in place from May, but the organisation went on to say it may bring in ‘regulatory provisions’ if there was a failure to provide all care homes with the service.