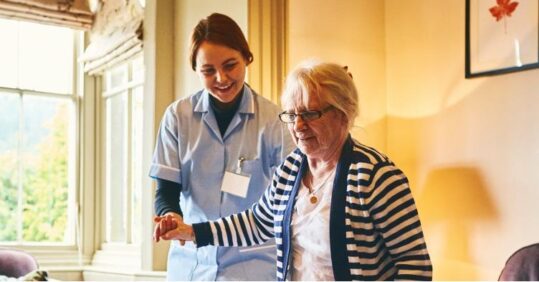 The Government has been criticised for calling on MPs and peers to come up with ideas to reform social care after pledging to fix the system itself.

Health secretary Matt Hancock has written to MPs and peers to urge them to offer ‘views, proposed solutions and concerns’ in order to ‘find a long-term solution to funding social care’.

But Age UK said the move is ‘very disappointing’ considering Boris Johnson’s pledge last year when he became prime minister to ‘fix the social care crisis once and for all’.

Charity director at Age UK Caroline Adams said: ‘It is always good for ministers to seek alternative views, but it is very disappointing that they appear not to be offering any of their own at this stage.’

Labour’s shadow minister for social care and mental health Barbara Keeley MP agreed. ‘Cross-party talks can only be effective when the government comes forward with its proposals for reform.

‘It is always good for ministers to seek alternative views, but it is very disappointing that they appear not to be offering any of their own at this stage.’

She added: ‘It is clear that it does not have a plan to fix the crisis in social care.’

The Government has delayed its social care green paper seven times since the first deadline of summer 2017. When Nursing in Practice asked the Department for Health and Social Care if the government was still planning to produce a green paper, a spokesperson said: ‘The talks will feed into the social care solution to be set out this year’. It was unable to clarify what form this solution would be.

In the letter to MPs and peers, Mr Hancock set out a two-step timeline for talks. The first phase calls for views from colleagues and peers while the second phase of structured talks on reform options will begin in May.

‘The prime minister and health and social care secretary have been clear too many people are now hit by unpredictably large costs that are hard to plan for; and left with little wealth despite a lifetime of hard work and saving,’ the DHSC release on the letter said last week.

‘They have committed to the principal that nobody should be forced to sell their home to pay for care, and everybody accessing care has safety and security.’

It said any cross-party solution would need to ‘find a balance between people continuing to contribute to their care without having to face catastrophic costs’.

The Conservatives promised no-one will have to sell their home to pay for social care in the build-up to the election in December.

Last year, the Health Foundation said paying social care staff more must be a priority for the Government in order to stabilise the sector.

It warned that there must be an additional £4.4 billion investment in adult social care a year by 2023/24 in order to keep existing services running, including growing staff pay in line with the NHS and meeting future demand.

The Government has been criticised for calling on MPs and peers to come up with ideas to reform social care after pledging to fix the system itself.