Growing gap in life expectancy between rich and poor areas 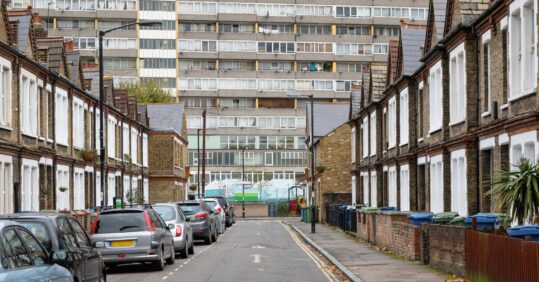 The ONS data has highlighted the  ‘staggering difference’ in life chances for the poorest in England and has raised questions about the feasibility of the Government’s levelling-up agenda.

Levels of deprivation were assessed using the Index of Multiple Deprivation (IMD) 2019 and the 2020 data includes Covid-19 deaths.

The figures show that inequalities in life expectancy between rich and poor have grown, with females and males living in the most deprived areas of England seeing a significant decrease in life expectancy between 2015 to 2017 and 2018 to 2020. In addition, females living in the most deprived areas were expected to live less than two-thirds of their lives in good general health, compared with females in the least disadvantaged areas living 82% of their lives in good health.

For those living in the most well-off areas, there were no statistically significant changes to life expectancy during the two periods of measurement. This is the first time since 2011 to 2013 that there has not been a change. Life expectancy has been steadily increasing over the past 10 years for both males and females living in the least deprived areas. The mortality increase in 2020 is associated with Covid-19 deaths.

Responding to the ONS data, David Finch, assistant director of healthy lives at the Health Foundation, said: ‘Data released by the ONS highlights that in the most deprived areas, people are living more of their life in ill health. Girls born in the poorest areas of England live 19 fewer years in good health than those born in the wealthiest. A staggering difference in life chances.’

He added: ‘The recent levelling up white paper reiterated the government ambition to improve healthy life expectancy by five years by 2035, while narrowing the gap between the experience of the richest and poorest. Our analysis has shown that a return to pre-pandemic trends would mean this improvement takes 192 years to achieve.’

‘Reducing these stark inequalities requires a fundamental shift towards a whole-government approach that actively improves the conditions needed to create good health, such as adequate incomes to cope with the rising cost of living, secure jobs and decent housing. The upcoming disparities white paper presents a clear opportunity to move beyond the rhetoric and into action,’ he said.