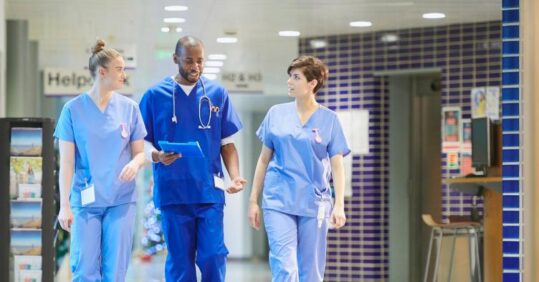 Nearly half of the professionals who joined the NMC temporary register would consider re-joining permanently, a survey has revealed.

The NMC surveyed 9,433 professionals on its temporary register – set up in March for former registrants and overseas staff in the process of registering, to help tackle Covid-19 – on 2 July.

Of the returning professionals who responded, 3,752 (49%) said it was either ‘possible’ or ‘highly likely’ that they would re-join the register permanently after the pandemic.

The nursing regulator said: ‘We are now considering how we can use the momentum from our temporary register to continue to support the growth of the nursing and midwifery workforce, as we move towards winter.’

Those who had left between three and five years ago were more likely to want to rejoin, with a 27% saying it was ‘highly likely’ and 31% saying they ‘possibly’ would.

In contrast, 20% of professionals who had left in the last three years said returning to the profession was ‘highly likely’ while 28% said it was possible.

Almost all (97%) of overseas nurses said they were ‘highly likely’ to rejoin the register, although the NMC said this was ‘expected’ as they were already in the process of applying.

The NMC added that the short-term pressures on the NHS and social care were ‘less than expected’.

This meant that over half (56%) of those on the temporary register had not started practising or received an offer of employment when they filled out the survey.

Over a quarter (28%) had started practising as a nurse or midwife, and a further tenth (11%) had received an offer of employment but not yet started.

Among those who had left the permanent register between four and five years ago, only 6% had started practising.

Most overseas staff (92%) had started practising, but the NMC said it was likely that many were already working in a ‘pre-registration’ capacity before joining the temporary register.

NMC chief executive Andrea Sutcliffe stressed that there is still ‘a long road ahead’ to ‘sustain the numbers of nursing and midwifery professionals we need over the coming months’.

She continued: ‘We will keep working with our partners in health and social care across all four countries of the UK so that those on our temporary register can continue to contribute if they want to.’

During the Covid-19 pandemic, student nurses were also invited to take on paid clinical placements in order to help on the frontline.