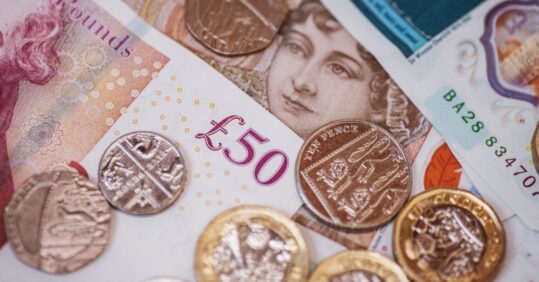 Matt Hancock has claimed the Government’s suggested 1% pay rise for NHS staff is a real-terms increase, even though it is lower than official inflation forecasts.

However, this assertion does not take into account Consumer Prices Index (CPI) projections showing inflation will rise to 1.5% in 2021 and 1.8% in 2022. The one-year deal for NHS staff on Agenda for Change contracts will apply from April 2021.

Dr Gavan Conlon, a partner at consultancy London Economics, said that 1% would be a ‘real-terms reduction of 0.5%’, based on CPI forecasts from the independent Office for Budget Responsibility (OBR).

He continued: ‘When assessing whether the proposed cash pay increase represents a real-terms increase or cut, it is not sensible to compare a proposed cash increase in 2021 with a measure of inflation in 2020.’

An RCN spokesperson said the Government is ‘digging in despite public anger and clear support for NHS staff’, adding that ‘ministers cannot justify giving just £3.50 extra per week to nursing staff’ during a pandemic.

Shadow health secretary Jonathan Ashworth said: ‘Matt Hancock knows full well that with the OBR expectations for inflation, he is imposing a pay cut on NHS staff in a pandemic.

‘Ministers should take this pay cut off the table and start talks with staff on a multi-year pay deal that reflects their worth and address recruitment and retention in the NHS.’

When the 1% pay boost was first proposed earlier this month, the RCN warned the Government ‘can expect a backlash from a million NHS workers’ if it goes ahead with the suggested rise.

The figure was put forward in the Government’s evidence to the NHS Pay Review Body (PRB), which advises the government on pay for NHS staff on the Agenda for Change contract. The PRB is expected to publish its own pay recommendations in May, before ministers make the final decision soon after. The wage will then be back dated to April this year.

During the same session, Mr Hancock also highlighted that NHS staff had been not been included in the wider public sector pay freeze announced in November last year.

A Department of Health and Social Care spokesperson said: ‘Pay rises in the rest of the public sector are paused this year due to the challenging economic environment, but we will continue to provide pay rises for NHS workers, on top of a £513 million investment in professional development and increased recruitment.

‘We have asked the independent pay review bodies to report in late spring and we will consider their recommendations carefully when we receive them.’

Last week, NHS England chief executive Sir Simon Stevens confirmed that the NHS Long Term Plan, published in 2019, budgeted for a 2.1% Agenda for Change contracts pay rise. Although, he also pointed out that it was ‘approaching two years ago, so things have changed’.