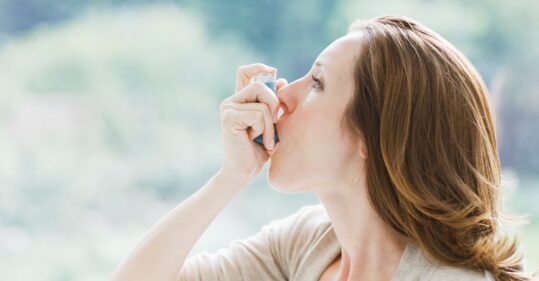 Hundreds of nurses are calling for the end of ‘harmful’ prescription charges, which they say put people at risk of a life-threatening asthma attack.

More than nine in 10 (98%) of nurses in England think the prescription charges exemption list should be reviewed, while half (58%) say their patients had an asthma attack or needed emergency care because they skipped their medication, according to a survey of nurses by Asthma UK.

Asthma UK is now campaigning for a review of the ‘outdated’ prescription charge medical exemptions list, which it says was created over 50 years ago when treatments and the understanding of asthma was limited.

The charity added: ‘Since then, developments in medication have significantly improved, meaning some people have to take multiple medicines to manage their symptoms and it is costing them more to stay well.’

Asthma prescriptions should be free of charge so that ‘no one has to pay to breathe’, it recommended in the report.

It also highlighted that people in Scotland, Wales and Northern Ireland get free prescriptions, as do people with other long-term conditions such diabetes and epilepsy.

Bonnie Beard is a respiratory nurse who works in two GP surgeries in Essex and sees around 20 patients with asthma every week.

She told Asthma UK: ‘I know first-hand that the cost of asthma prescriptions can be harmful to patients as it can prevent them from managing their asthma and in some cases, this can put lives at risk.

‘Most weeks, I speak to patients whose asthma has worsened or who have had asthma attacks, sometimes requiring emergency care because they have been unable to afford to take the medication that keeps them well.

‘I want the best for my patients so it is frustrating that some of them become unwell because they can’t afford to pay for their prescriptions. It seems unfair they have to pay when those with other long-term life-threatening conditions such as diabetes are exempt.

‘Some of my patients might need as many as five prescription items but they have to wait until they get paid before they can afford to get their medicine. Others are borrowing their child’s inhaler or one from a relative or friend which means they are taking medication which may not be right for them. This can put them at risk of having poorly controlled asthma.’

Wendy Preston, head of nursing practice at the Royal College of Nursing said: ‘It cannot be acceptable that some people with long-term conditions are missing out on their vital medication because they cannot afford it.

‘Nurses see the impact of this every day of the week and know what happens when people do not take their vital medication.

‘This will only make their condition worse and they will end up needing further treatment adding additional pressure the health and care system.’

‘It is time that there is equity with other long-term conditions such as diabetes where prescription charges are exempt.’

Hundreds of nurses are calling for the end of ‘harmful’ prescription charges they say put people at risk of a life-threatening asthma attack.