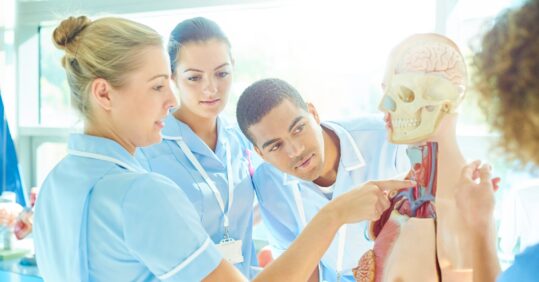 Health Education England has been forced to confirm it is not cutting paid placements shortly after outcry from student nurses and midwives on social media.

Student nurses and midwives were told in March they could carry out the final six months of their course as a paid placement if they wanted to come to the frontline to tackle Covid-19.

But on Tuesday this week student nurses started reporting on Twitter that their universities had told them paid placements were ending earlier than they expected, on the 31 July.

Student nurses suggested they were being ‘hung out to dry’, made ‘redundant’ and many pointed out the financial hardship they were likely to suffer because of this.

‘Some of us left jobs for this. Many of us have children and families to care for,’ one nurse wrote on Facebook.

It appears as though the NHS student nurses who bravely stepped up, 6 months before graduating, to help staff the pandemic have now been hung out to dry.

To take up their placements meant giving up their supernumerary status to help tackle the Covid-19 outbreak, which meant they lost learning time they would have otherwise had.

But Health Education England (HEE) hit back at the criticism around placements yesterday, with chief nurse Mark Radford saying in a statement: ‘It is absolutely untrue to suggest that student nurses and midwives are being made redundant.’

He added: ‘It was always made clear to students who opted into paid placements the arrangements would need to come to an end at an appropriate point so that students could return to their supernumerary status to complete their registered nursing qualifications as quickly as possible to permanently enter the NHS workforce.’

Any third-year student nurses who have outstanding hours and assessments to complete for qualifying have until September to complete those placements and be paid for doing so, HEE confirmed.

Prominent professor of healthcare and workforce Alison Leary estimated that around a third of the third-year nurses who had stepped up to help tackle Covid-19 will have outstanding hours to complete.

8.Year 3 students will be paid till 31st of July and if they have completed hours and assessments (we estimate 70%) of them .. they can qualify and be paid as a full registered nurses. The will move from Band 4 to Band 5 and therefore increase their pay.
2/3

Mr Radford said third-year students who had completed their hours and assessments by 31 July will be paid up until that point, at which time they can then qualify to be paid as a full registered nurse. He pointed out on qualifying they will move from Band 4 to Band 5, and therefore increase their pay.

Second-year students on placement until 31 July will be paid, after which normal non-paid placements will be reintroduced, Mr Radford added.

Unison said: ‘We have been reassured that funding will remain available to allow those who have taken up paid placements to continue until these placements are completed.’

The Royal College of Nursing Students’ Committee said on Twitter that there should be further consultation with students and student leaders over a return to unpaid supernumerary placements.

The RCN Students’ Committee is also campaigning for the Government’s Death in Service scheme – in which families of healthcare workers who die from Covid-19 receive a £60,000 payment – to cover students on unpaid supernumerary placements.

The RCN has repeatedly called for tuition fees to be scrapped following the ‘selfless service’ of healthcare students during the Covid-19 pandemic.

Health Education England has been forced to confirm it is not cutting paid placements short after outcry from student nurses and midwives on social media.