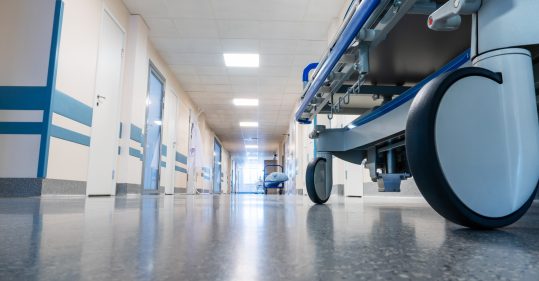 By the end of April 5.12 million people had been waiting for treatment, the latest data shows.

But some progress has been made in those waiting the longest for care, figures suggest.

The number of people waiting over 52 weeks to begin treatment dropped by more than 50,000 in April to 385,000 patients, NHS England said. This compares with 1,600 waiting more than a year before the pandemic.

Progress in recovering the NHS is exceeding targets set out with mental health services back at pre-pandemic levels and elective operations and treatment reaching 90% of activity seen before Covid-19, NHS England leaders pointed out.

In April 1.1m people began treatment and 1.8m diagnostic tests were done as well as 200,000 people referred for cancer checks.

NHS England strategic incident director for Covid-19, Professor Keith Willett said there are many patients who are ‘desperate’ to get into hospital for planned elective care, adding ‘those waiting lists are going to be difficult to manage across both primary and secondary care’.

‘Average waits for non-urgent care have fallen to 11 weeks, and the number of people waiting over 52 weeks fell by more than 50,000 in April.

He added: ‘Mental health services are back at pre-pandemic levels, and treatment rates for cancer are also now back to usual levels, with nearly nineteen out of twenty people starting treatment for the disease within one month.’

Tim Gardner, senior policy fellow at the Health Foundation, said the waiting list figures were a ‘stark reminder’ of the pressure the NHS faces as it works to tackle the enormous backlog caused by the pandemic.

‘Nearly 3,000 people have now been waiting more than two years for a procedure which the NHS constitution promises should be performed within 18 weeks, and nearly 400,000 have been waiting over a year.

‘Waits of this magnitude are not acceptable to anyone and we know that the NHS and government are working hard to find a solution.

‘The NHS needs to increase levels of activity but this will be extremely difficult with significant workforce shortages, post-pandemic staff burnt-out and ongoing constraints on capacity due to COVID-19, including social distancing.’

Nursing in Practice looked in-depth last year at whether community and primary care nursing was adequately prepared for the growing backlog.