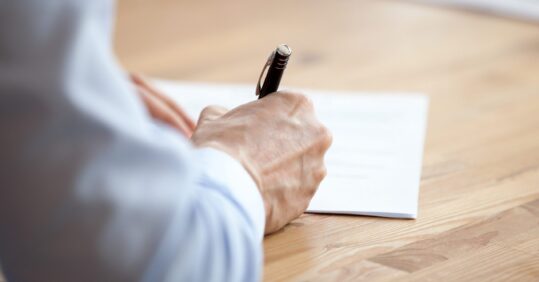 The Institute of Health Visiting (iHV) has written an open letter which challenges the main political parties in England to commit to important manifesto pledges for children.

The letter is calling on political parties to ‘step up to their responsibilities and ensure that their manifesto includes a clear commitment to turn the rhetoric of “giving every child the best start in life” into a reality’.

According to iHV, children in the UK have some of the worst outcomes when compared with the rest of Europe and similar countries in the world: infant mortality rates have stalled, obesity rates are among the worst in Europe, A&E attendance for under-fives has increased by 24% in six years and more than 50% of children start school with speech, language and communication needs in areas of deprivation.

The letter states, ‘Public health grants have been reduced by £700 million in real terms from 2015/16 to 2019/20. As a direct result, during the same time, we have seen a 31.8% reduction in health visitors in England’s NHS and an increase in inequalities. This follows the Conservative-Liberal Democrat coalition government’s policy to increase the health visiting workforce by almost 4000 during 2012/15 – however, that increase in health visitors during that time has now been lost.’

Dr Cheryll Adams CBE, executive director of iHV, said: ‘The outcomes from disinvestment in preventative services for children are increasingly stark.  In the words of Nelson Mandela, “The true character of a society is revealed in how it treats its children”.  There is no doubt that England needs to do much, much better. Children are our future, get it right in the early years and all of society benefits.’

A few weeks ago the Institute published ‘Health Visiting in England: A Vision for the future’ which sets out how a robust health visiting service provides an important part of the solution to a multitude of government priorities, with 18 recommendations.

Of these, the three most urgent requests are:

1.           Local authorities need to receive urgent and ring-fenced public health investment to cancel planned cuts to the health visiting profession this year and next.

3.           Urgent action is needed to rebuild the health visiting workforce, training 5000 health visitors is estimated to cost £137million. The public health grant would then need an uplift of £240million to cover these substantive posts. These costs are relatively insignificant against the cost of not intervening as set out in our Vision.

The Institute of Health Visiting (iHV) has written an open letter which challenges the main political parties in England to commit to important manifesto pledges for children.