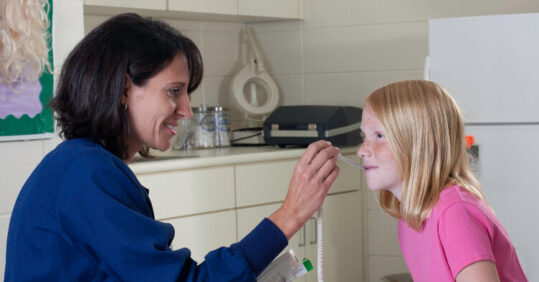 Nursing leaders have called to the Government to commit to an ‘ambitious plan’ to increase the number or school nurses and health visitors to improve the long term health of children.

In a joint statement, the School and Public Health Nurses Association (SAPHNA), the Institute of Health Visiting (iHV) and the Local Government Association (LGA) have emphasised the value of long term investment in pre-emptive care.

The statement says that ‘health visitors and school nurses are vital health assets in our communities and schools.

‘They play a key role in identifying needs, promoting and improving health, preventing illness and reducing inequalities – helping our children to thrive. At a time of increasing need and complexity, both professions are needed now more than ever.’

Since 2010, health leaders estimate that the number of school nurses has declined by up to 35%.

Yet, as SAPHNA chief executive Sharon White told Nursing in Practice earlier this month, an unprecedented rise in mental illness amongst young people has put school nurses under additional pressure.

Last year, the number of children and young people accessing NHS mental health services jumped by a third year on year, with 22% of all 16-year-old girls accessing the services.

The statement said that ‘contributing factors include cuts to the public health grant, reduced numbers of training places, retirement and staff moving to other roles.’

In light of the rapidly declining workforce, the iHV, SAPHNA, and LGA called on government to ‘commit to an ambitious plan to increase the number of health visitors and school nurses.’

Adding that: ‘our ultimate ambition is for every area to rebuild and regain the vital public health nursing services that have been lost over the last decade.’

The joint statement said that these long-term investments would ‘benefit children’s lives both now and into the future’ ultimately boosting the next generations educational attainment and employment prospects.

According to the statement’s authors, this ‘frontloading’ of health investment would ‘ultimately reduce soaring costs for non-communicable diseases throughout the life course’.

‘Not only will this have wider economic benefits, but a healthy population will relieve pressure on our over-stretched health service.’

The statement was co-signed by Sharon White, chief executive of SAPHNA; Alison Morton, executive director of the iHV, and David Fothergill, chair of the Local Government Association’s community wellbeing board.