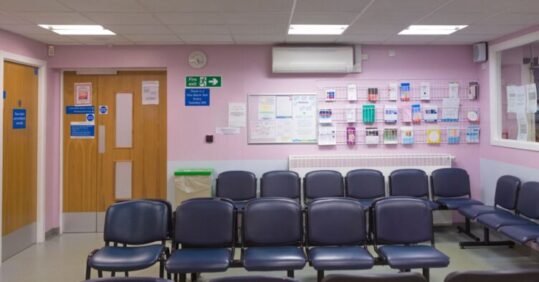 Primary care will be tasked with preventing ill health under a set of ‘radical’ new NHS reforms, health and social care secretary Sajid Javid has said.

In a lengthy speech at the Royal College of Physicians on Tuesday, Mr Javid said the Government’s ‘Road to Recovery’ plan would have a new focus on prevention with primary care at its ‘heart’.

Primary care ‘represents one of the very best ways of preventing and managing illness in the community,’ he said, but added there was ‘a sense’ services were ‘too stretched’ to do so at present.

Introducing his reform plans, Mr Javid said they were ‘radical but logical next steps’, which ‘flow from the increasingly patient-centred and systems-based working through the Integrated Care Systems’.

Mr Javid said: ‘Primary care and all our GPs, pharmacists and dentists must be at the heart of this new agenda on prevention. I know there is a sense that primary care is far too stretched to be proactive on prevention – even though it wants to.’

Setting out his ambition to ‘hardwire prevention into the NHS’, the health and social care secretary suggested that ICSs will face targets and financial incentives to deliver progress on the agenda, starting with work on cardiovascular disease (CVD).

He said: ‘My department and the NHS will also work together to look at where barriers can be removed and incentives improved to focus on prevention.

‘Building on our Integration White Paper, my second commitment is to put prevention at the heart of how we hold our ICSs to account in the future.

‘We will expect NHS England and individual ICSs to commit to joint delivery plans to reduce the biggest preventable diseases – starting with cardiovascular disease, but in time, expanding to include diabetes, cancer, and poor mental health.’

CVD is one of the ‘biggest risks to health’ and made a commitment to ‘push the entire health and care system harder’ on its prevention, he added.

The health and social care secretary also spoke about the new ‘national vaccination service’ he proposed in January to relieve general practice, but offered scant details.

He said the new general practice focus on prevention will be backed by a new ‘sustainable vaccination service’ that applies lessons and technology from the Covid vaccination programme onto ‘other routine vaccinations’ such as childhood jabs.

He said the ‘new approach to vaccination’ would mean programmes do not ‘displace other health and care services’.

‘This can be a better experience for the public but will also help the NHS drive the prevention agenda forward, providing improved data that helps plan services’, he added.

And Mr Javid suggested that the NHS App will also have prevention ‘at its heart’ so it can be the ‘front door for preventative tools and services like a new digital health check’.

Setting out his reform agenda, the health secretary stressed this comes as the NHS faces some ‘long-term challenges’ including ‘rising patient expectations’ and an ‘unsustainable financial trajectory’.

He added that he is ‘looking forward’ to hearing the outcome of Claire Fuller’s ‘stocktake’ on how primary care networks can be supported within ICSs to ‘deliver for the communities they serve’, which is due to report in the coming months.

Mr Javid’s speech also confirmed that patients waiting for secondary care treatment will be given the ‘right to choose’ their provider to help tackle the Covid backlog.

His review of primary care – which was supposed to be announced at the end of February – was expected to form part of today’s announcement, but was not mentioned.

Responding to the speech, BMA council chair Dr Chaand Nagpaul said: ‘Many of the proposals articulated today lack detail and the BMA will want to careful consider how they will be delivered.

‘The Government talks about proposals to prioritise prevention, something the BMA has long called for, but has allowed the continued erosion of public health budgets and has made no effort to ensure public health leaders play a key role in Integrated Care Systems.’

‘The Government must now show how it will prioritise recruitment and retention otherwise patient care will continue to suffer.’

A version of this story was published on our sister publication Pulse.