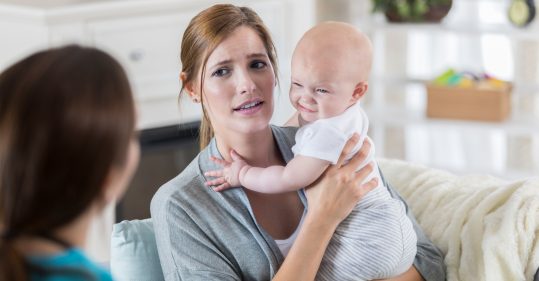 Sixty per cent of health visitors in England said at least one member of their team was redeployed between 19 March and 3 June, according to a survey.

The study, carried out by University College London (UCL), also found that 41% of 663 health visitors surveyed had seen between six and 50 colleagues moved elsewhere during the same period.

Executive director of the Institute of Health Visiting Dr Cheryll Adams has now repeated her call for health visitors not to be redeployed again if there is a second wave of Covid-19, as she did in an interview with Nursing in Practice last month.

She said: ‘The interim results of this research into the impact of redeployment of health visitors confirms all the anecdotal evidence already sent to the iHV by health visitors.

‘Health visitors should never have been redeployed, instead their time should have been spent on reaching the most vulnerable families during lockdown and checking in on all other families.’

A third (38%) of respondents had reported increased caseloads, sometimes by 50% or more. Of those three-quarters (73%) said their caseload had not returned to its usual size.

Face-to-face health visiting work reduced during the day. But among those who did visit homes, 35% reported not having appropriate personal protective equipment (PPE).

In total, two-thirds (67%) said their stress levels had worsened in the past year and more than a third (36%) said they would leave the profession if they could.

Many are also worried about the impact of Covid-19 on vulnerable children at families, with 96% voicing fears about children in homes at risk of domestic violence and abuse.

Other concerns were raised about missed needs in relation to the child’s growth (83%) and development (79%), parental mental health conditions (92%) and breastfeeding (75%).

Dr Conti added: ‘Whilst all families are impacted by Covid-19, the most detrimental effects are felt by those who are already disadvantaged – in particular, our most vulnerable infants and children whose needs are often hidden from sight.’

Other suggestions included evaluating virtual services to determine how effective they are, a clear health visiting workforce plan, and a plan to ensure staff wellbeing.

Nursing groups warned earlier this year that the redeployment of health visitors could lead to a rise in domestic violence and that some had been redeployed to ‘inappropriate’ roles.

More than one in ten nursing posts unfilled in Northern Ireland