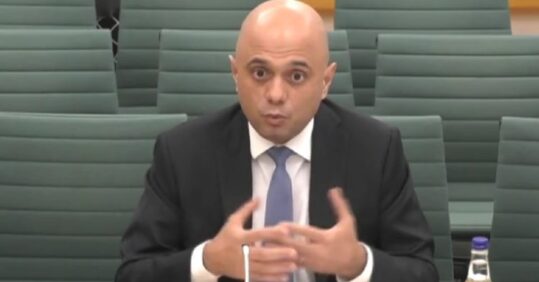 The Government’s decision to make Covid vaccines mandatory for all patient-facing staff is to be kept ‘under review’, health and social care secretary Sajid Javid has said.

It comes despite the Department of Health and Social Care telling Nursing in Practice’s sister title Management in Practice it had ‘no plans’ to change the implementation date of the policy earlier this week.

Addressing MPs yesterday, Mr Javid said the plans for mandatory vaccines had been drawn up when the Delta variant was the dominant strain in the UK but noted that ‘almost all’ cases are now the ‘intrinsically less severe’ Omicron.

He said: ‘I think it is right in light of Omicron that we reflect on all this and keep all Covid policies properly under review because Omicron is different to Delta, equally we don’t know what the next variant is going to be, but we are reflecting on all this.’

But Mr Javid stressed that getting the Covid-19 jab is the ‘professional duty of every NHS worker’.

He continued: ‘Since the mandate, since we announced a consultation in September, we’ve had around 100,000 in the NHS that were unvaccinated at that point that have come forward. So there’s been a very good response.

‘I think now it’s almost 95% of NHS workers that have had at least one jab. The latest numbers I have is that around 77,000 that have not. That is improving every day,’ he added.

Mr Javid’s comments came in response to concerns raised by the Health and Social Care Committee that moving ahead with the mandate could see about 5% of the workforce redeployed or fired.

Government estimates suggest 72,900 will remain unvaccinated by the 1 April deadline, of which 3,000 GP staff could end up removed from patient-facing roles.

The RCN earlier this month called for the mandatory vaccination plan to be delayed in order to avoid a ‘catastrophic impact’ on services.

By the current timescale, all staff who are not exempt must get their first dose by 3 February, and their second dose by 31 March.

A version of this story was published by Management in Practice.