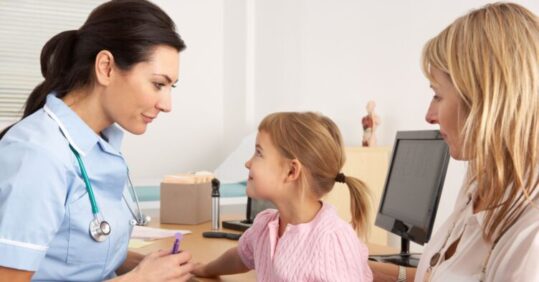 The authors of a report welcomed by the health and social care secretary have said more nurses in general practice would be on Agenda for Change (AfC) contracts under their proposals.

The report – published last week by the think tank Policy Exchange and backed by Sajid Javid – recommended phasing out the GMS contract by 2030, with most GPs contracted by scaled providers such as trusts and a £6bn ‘rescue package’ to steadily ‘buy-out the GP owned estate’.

A spokesperson for Policy Exchange told Nursing in Practice they would expect to see ‘a greater proportion’ of GPNs to ‘move on to core NHS AfC contracts’ under the proposals. However, this would ‘not be the only option’ under the ‘mixed economy’ suggested, they added.

The authors did not look at the practice nurse in detail for their report, but talked to several non-GPs working in primary care, they spokesperson said. They are also ‘keen’ to see a more ‘diversified’ general practice voice in negotiations with NHS England and the Government, they added.

The spokesperson continued: ‘As general practice becomes increasingly multi-disciplinary, we think nurses (as well as pharmacy etc.) needs a greater voice in how services are designed as its workforce has greater prominence in the delivery of primary care services.’

In a foreword to the report, the health and social care secretary Sajid Javid said it ‘offers some credible ideas and insights, adding that primary care has an ‘exciting future’ but the Government needs ‘to think deeply about how services are designed’.

The report said general practice has ‘never been more important’, but that ‘the current model is neither adequately staffed, nor optimally planned’.

It recommended ‘a commitment to phase out the GMS contract by the end of the decade’, to be replaced by ‘a series of one-year top-up contracts until its eventual phase-out by the mid-2030s’.

Incentives between primary and secondary care should be matched up, and ‘GPs should become predominantly salaried and contracted by scaled providers (trusts, provider collaboratives, or large-scale primary care operators)’, it added.

The report continued: ‘This is not a nationalising of general practice: independent provision will continue to play a central role across primary care, but with incentives to work at a greater scale and with reformed approaches to contracting and reimbursement.’

Policy Exchange advised that general practice should move to an ‘at-scale model with specific elements delivered through “layers of scale”’, with workforce planning and lease responsibility at ICS or ‘scaled primary care provider’ level.

This comes after a report published last week found frustrations among GPNs about the variable terms and conditions in practice nurse contracts, which are made with the employing GP instead of being standardised across the NHS.