More than one in ten nursing posts unfilled in Northern Ireland 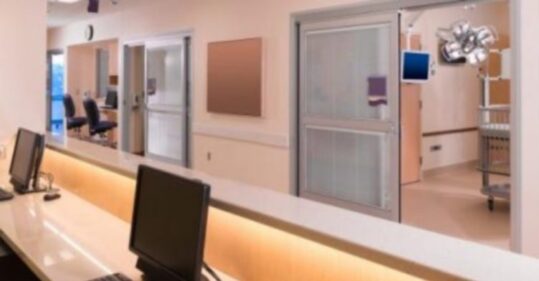 It pointed to the Department of Health decision to cut the training budget for pre-registration nursing as a contributing factor to ‘rising vacancy levels and increased reliance on more temporary staff’.

Comptroller Kieran Donnelly, who compiled the report, said the reduction in the training budget had left employers ‘with an insufficient staffing pool to cope with rising demand for care’.

He continued: ‘At a time when the focus should have been on growing the nursing and midwifery workforce, short-term savings were instead pursued.’

It also revealed that some trusts paid as much as £1,700 for a single agency nursing shift on a bank holiday in 2018/19.

Mr Donnelly said the ‘reliance on temporary nurses’ has not only led to ‘soaring costs’ but ‘can compromise the quality and safety of patient care as staff are deployed in less familiar clinical settings’.

‘It is clear that this does not represent value for money,’ he added.

Mr Donnelly continued: ‘The department has recently taken important steps to counter the situation through considerably increasing the number of nursing and midwifery training places and by publishing a health and social care-wide workforce strategy.

‘However, substantial further action and monitoring, as well as achieving progress in reconfiguring services, will all be essential to building a sustainable and more cost-effective workforce.’

The report comes following unprecedented strike action over December 2019 and January this year, as nurses in Northern Ireland walked out over staffing and pay.

Unions suspended the strikes following talks with the Department of Health, which offered additional funding to restore pay parity and promises on safe staffing levels.