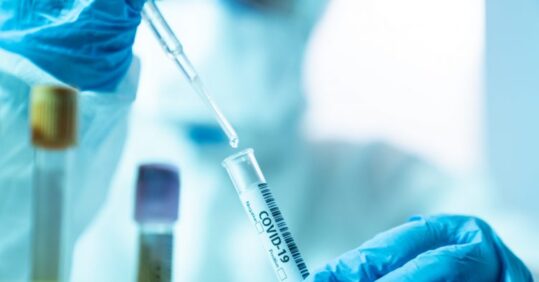 GP practices and local health services should be handed the keys to run the NHS test and trace system, as their ‘local expertise’ and knowledge will mean they ‘can do a better job’, an MP has said.

Speaking in a House of Commons debate last week, Labour MP Catherine McKinnell said the current privately-managed system ‘is not working’, with ‘billions of pounds being poured into a system that has sidelined existing local expertise in primary care’.

The representative for Newcastle upon Tyne North said: ‘Winter is approaching and GPs will be the people who can see the overlap in Covid symptoms such as fever and a dry cough, and the classic flu symptoms of fatigue, sore throat and headaches.’

She added that cooperation between local health services and authorities is the best way to control infectious diseases, and that outbreaks in Newcastle universities were identified based on local intelligence and knowledge.

Ms McKinnell also suggested that primary care networks across England would be best placed to deliver a Covid-19 vaccine, if and when one becomes available.

In response to Ms McKinnells’ comments, Luke Evans, Conservative MP for Bosworth and a GP, said the suggestion of involving primary care in test and trace would cause concern for his colleagues across the country, as they are already pre-occupied with providing non-Covid health services.

He said: ‘What happens if we keep putting more pressure on public health and GPs, who are already dealing with non-Covid stuff? How do we deal with this? It makes a lot of sense to bring in a national service to try to do that; we did that with the Army to help with test, track and trace.’

Ms McKinnell replied that the Government should ‘spend the billions of pounds that we have wasted’ [on Test and Trace] on instead ‘bumping up the capacity and ability of our local GPs and health services, which can do a better job’.

In another House of Commons debate on testing of NHS and social care staff in June, Jon Ashworth, shadow health secretary, also urged the Government to ‘put GPs in the driving seat of testing, to give local authorities the localised data that they need and to begin a programme of routine testing of all NHS staff, whether symptomatic or not.’

The Royal College of General Practitioners has previously said that GP practices should not be ‘a replacement for a centralised testing system’.

In a statement issued on 21 September, the body said: ‘If patients with symptoms of Covid-19 or people at risk of infection start attending GP appointments as a first port of call, it risks compromising infection control measures that have been put in place and has the potential to further spread the virus.

‘Without sufficient capacity and resources, it would also risk overloading general practice, which is already pressurised with consultation rates back to pre-pandemic levels and GPs and our teams preparing to deliver the largest ever flu vaccination programme and for a potential second wave.’