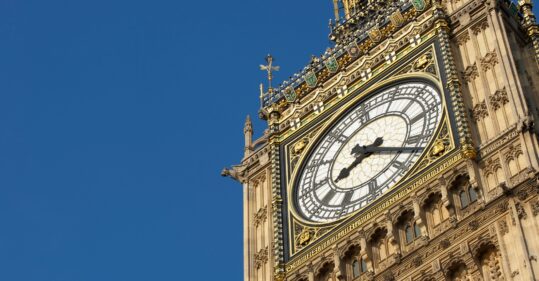 MPs last night rejected an amendment to the Health and Care Bill, a proposal which the RCN says would have represented an ‘essential first step towards tackling the NHS workforce crisis’.

The amendment, which would have ensured the Government published independent reports on workforce numbers every two years, was voted through by the House of Lords earlier this month and backed by around 100 organisations, including the RCN.

The reports would have included an ‘independently verified assessment’ of current workforce numbers and ‘the projected workforce supply for the following five, 10 and 20 years’ for England.

Patricia Marquis, RCN director for England, has called on the House of Lords to ask MPs to reconsider the amendment.

She continued: ‘The government has rejected the opportunity to make an essential first step towards tackling the NHS workforce crisis. England’s nursing staff will be bitterly disappointed tonight and this moment will live long in the memory.

‘Ministers have defeated an amendment supported by all major health and organisations asking them to publish an assessment of how many nursing staff and others are needed to provide safe patient care.

‘The public and patients are demanding action from government to tackle nursing shortages, for now and in the longer term – they contribute to treatment delays and some patients even pay the highest price.’

He said: ‘We now hope that the House of Lords encourages the government to think again on these issues, and that the government remains open to compromise before the Bill is passed into law.’

The Bill will now go back to the Lords. Both houses must then agree on the final version before it can receive royal assent and become law.

MPs had previously voted against a similar amendment to the Bill proposed by former health secretary Jeremy Hunt.

(1) The Secretary of State must, at least once every two years, lay a report before Parliament describing the system in place for assessing and meeting the workforce needs of the health, social care and public health services in England.

(2) This report must include—

(a) an independently verified assessment of health, social care and public health workforce numbers, current at the time of publication, and the projected workforce supply for the following five, ten and 20 years; and

(b) an independently verified assessment of future health, social care and public health workforce numbers based on the projected health and care needs of the population for the following five, ten and 20 years, taking account of the Office for Budget Responsibility long-term fiscal projections.

(3) NHS England and Health Education England must assist in the preparation of a report under this section.

(4) The organisations listed in subsection (3) must consult health and care employers, providers, trade unions, Royal Colleges, universities and any other persons deemed necessary for the preparation of this report, taking full account of workforce intelligence, evidence and plans provided by local organisations and partners of integrated care boards.

A version of this article was published on Nursing in Practice‘s sister publication Pulse.