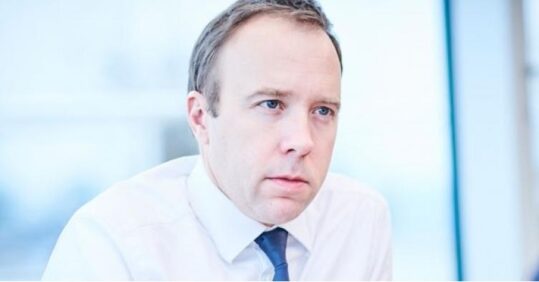 Health secretary Matt Hancock has defended the Government’s decision to suddenly ease stringent shielding advice during the Covid-19 pandemic, responding to a question from Nursing in Practice‘s sister publication Pulse at yesterday’s briefing.

It comes as the 2.2 million patients who have been shielding from Covid-19 since March were told on the weekend that they could go outside from today, in an ‘out of the blue’ announcement that was not communicated to GPs.

Featuring in today’s daily coronavirus briefing, Pulse editor Jaimie Kaffash challenged Mr Hancock’s claim that the change to shielding advice was ‘well-received’, pointing out that GPs were given no warning about the change and were struggling to answer questions from concerned patients.

The Pulse editor said: ‘You said earlier that the change in shielding advice was well-received. However GPs have told us that today in surgery they have been inundated with patients who are anxious and don’t understand why the advice has changed so quickly – announced on Saturday night and implemented on Monday morning. So why has it been rushed through before patients and GPs, who they are relying on for advice, could actually understand it?’

To which Mr Hancock responded: ‘It hasn’t been rushed through, far from it. We have worked for some time to make sure that any changes that we make – and these are small, cautious changes – can benefit people in a safe way. And so, as you say we announced it at the weekend, and I think that being able to make changes like this is important for people; it’s important especially for those who are shielded.

‘You know, I think it’s quite hard to imagine for those of us, even those of us who are practising self-isolation but have throughout been able to go out for instance to exercise, to understand the impact of shielding, of having to abide the guidance to stay in your own home. So, absolutely, once we made the decision – including and in collaboration with all of the Government bodies – we then communicated that decision, and this was the right time to be able to change that advice.’

Earlier on in the press conference, Mr Hancock had been asked what changed to allow the Government to ease shielding advice, noting that NHS England’s updated Standard Operating Framework published on Friday evening – which said all shielding patients should have a named clinical lead – had not mentioned the change.

In Mr Hancock’s response, he said: ‘I know it has been very well-received by those who are shielding and therefore can just start to make that positive change just to be able to go outside staying 2m away from others.

‘I’m glad we were able to make that change, we announced it when it was safe and ready to do so. One of the reasons that we could make that change is that the rate of incidence of the disease is now back down to the levels that it was before we introduced the shielding policy.’

But, despite the health secretary’s comments, GPs have said they were surprised by the weekend announcement.

Commenting earlier today, BMA GP Committee chair Dr Richard Vautrey said: ‘Practices received the updated Standard Operation Procedure guidance on Saturday 30 May, which contained detailed advice on the management for shielding patients, and yet only a few hours later the guidance appeared to have changed without warning, and practices still have not received any further clarification.’

The BMA has further warned the Government yesterday that this is not the time to become ‘complacent’ in the bid to curb the spread of coronavirus, as ONS data showed there were still an estimated 8,000 new daily infections and doctors fear a second peak.

Health secretary Matt Hancock has defended the Government’s decision to suddenly ease stringent advice for extremely vulnerable patients to stay at home during the Covid-19 pandemic, responding to a question from Pulse at today’s briefing.