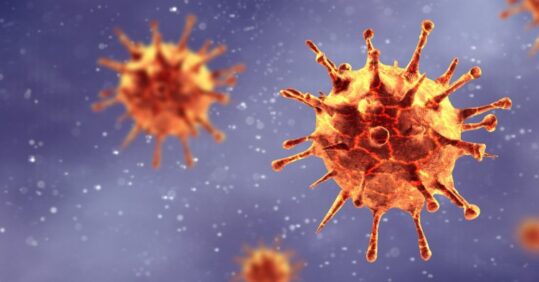 Public Health England has identified 1,000 cases with the new Covid strain, which they believe is partly behind the rapid rise in cases in the South of the country, including London.

However, there is currently no evidence to show that this new mutation affects the vaccines currently being rolled out.

Mr Hancock said in the Commons on 14 December: ‘Over the last few days, thanks to our world-class genomic capability in the UK, we have identified a new variant of coronavirus, which may be associated with the faster spread in the South East of England.

‘Initial analysis suggests that this variant is growing faster than the existing variants. We’ve currently identified over 1,000 cases with this variant, predominantly in the South of England, although cases have been identified in nearly 60 different local authority areas and numbers are increasing rapidly.’

Mr Hancock said there is ‘nothing to suggest that this variant is more likely to cause serious disease’, adding: ‘The latest clinical advice is that it’s highly unlikely that this mutation would fail to respond to a vaccine. But it shows we’ve got to be vigilant, and follow the rules, and everyone must take personal responsibility not to spread this virus.’

It comes as the Government is plunging more areas, including London and parts of Essex and Hertfordshire, into Tier 3 on Wednesday 16 December.

Political leaders will on the same day be conducting a review of England’s tiers system.