Newborns to have genomes sequenced to screen for rare conditions 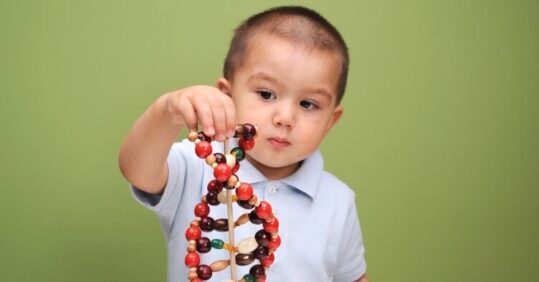 Genomics England is to sequence the genomes of 100,000 babies at birth, as part of a genomics project to improve the diagnosis and treatment of rare genetic conditions.

The Newborn Genomes Programme will screen for around 200 treatable disorders in 100,000 babies over the next two years. Backed by £105m in funding from the UK Government, it is believed to be the largest project of its kind anywhere in the world.

This is the first time that whole genome sequencing (WGS) has been offered for healthy babies in the UK. Their sequences will be stored, meaning they could allow for further tests to identify or predict future illnesses throughout their lifetimes.

The Government explained: ‘For example, if a child who has had their genome sequenced falls sick when they are older, such as developing cancer, there may be an opportunity to use their stored genetic information to help diagnose and treat them.’

Beginning next year, and led by Genomics England in partnership with the NHS, it is currently being piloted at Barts Health NHS Trust and Queen Mary University of London, and Chelsea and Westminster Hospital NHS Foundation Trust, but could be rolled out across the country if it proves successful and cost-effective.

Currently, a heel prick blood test offered to newborns screens for nine rare conditions, including cystic fibrosis and sickle cell disease, but each year, thousands of babies are born with rare genetic disorders that are not picked up by the blood spot test.

These disorders are often difficult to diagnose and be devastating, with one-third of children with a rare disease dying before their fifth birthday, according to Queen Mary University of London.

But screening a baby’s entire genome alongside the current heel prick could detect hundreds more rare, treatable diseases in their first years of life, the Government said.

Dr Rich Scott, chief medical officer at Genomics England, said: ‘We want to be able to offer speedy diagnosis, quicker access to treatment, and better outcomes and quality of life. We want to be able to say to parents that we’ve done the best we can to identify and do something about these life-changing illnesses, in a timely way before the damage these conditions can cause has been done.

A public consultation by Genomics England found good overall support for the use of genomics in newborn screening, however, this was conditional on the right safeguards being put in place.

This announcement comes as part of a £175m investment to boost genomics technology announced by health and social care secretary Steve Barclay today.

Of this, £105m will go to the Newborn Genomes Programme, £26m to support a programme using genomics to improve cancer diagnosis, and £22m towards a new programme aiming to sequence the genomes of 25,000 people of non-European ancestry.

Professor Sir Mark Caulfield, who designed the programme while serving as Chief Scientist at Genomics England (he has since moved to Queen Mary University of London), said the programme aims to detect disorders where intervention is available, and demonstrate the value of research for families impacted by rare genetic conditions.

He explained: ‘The primary goal of the programme is to detect a range of disorders where we already have an intervention that could be given at the earliest possible point in life to reduce disability or potentially to avoid harm…

‘The secondary goal, based on the 100,000 Genomes Project, is to longitudinally life course these mums and babies to understand if, through research, we can offer other opportunities to prevent or manage problems that may be identified within the genome and might enable us to recall patients for preventive advice or treatment.’

Commenting on the announcement, Mr Barclay said: ‘The potential for genomics to revolutionise the way we deliver health care is great – if we can detect treatable illnesses earlier and ensure patients access potentially lifesaving treatment faster, we could improve people’s lives across the county, including thousands of babies through this new pilot.

‘The NHS is a world leader in genomics and by investing in this cutting-edge research we’re cementing our status as a life sciences superpower.’