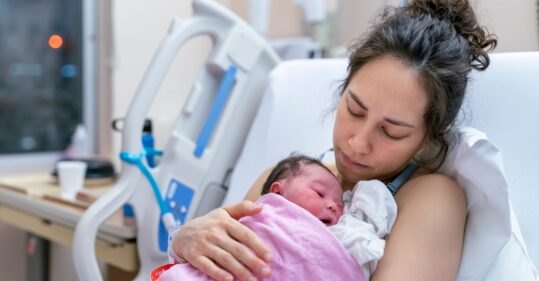 NHS England has announced a £127m funding boost for maternity services to ‘ensure safe and more personalised care for women and their babies’.

In its statement yesterday, NHS England said the funding will boost workforce and help improve the culture in maternity units following a string of high-profile maternity scandals at trusts such as Morecambe Bay, East Kent and Shrewsbury and Telford.

The cash comes ahead of the final report next week from an inquiry launched in 2017 and led by midwife Donna Ockenden into maternity failings at Shrewsbury and Telford Hospital Trust, following a scandal where more than a dozen women and more than 40 babies died during childbirth.

‘Devil in the detail’

Gill Walton, chief executive of the Royal College of Midwives (RCM), said she looks forward to ‘seeing more detail of how and more importantly when this funding will be released’.

She added: ‘We are pleased to see that a proportion of this funding will go towards culture and leadership development programmes.

‘The RCM has been firmly focused on improving midwifery leadership with our own programmes as we believe it’s a key factor in improving safety in maternity services, but midwifery leaders need the right level of influence, resources, staffing to be effective.

‘If we can get staffing levels right and invest in leadership and more multi-disciplinary training, we can begin to turn things around.’

Commenting on the announcement, Professor Jaqueline Dunkley-Bent OBE, NHS England’s chief midwifery officer, said: ‘Midwives have a rewarding, important and privileged role, and this new funding will be vital in providing them with a continuous improvement process that that supports them personally and professionally, to enhance the quality of care for women and babies.

‘We want the NHS to be the safest place in the world to give birth and this funding will help us to do this,’ she added.

However, it comes after the CQC warned in September last year that mothers and babies have been put at risk because steps to improve maternity care have been ‘too slow’.