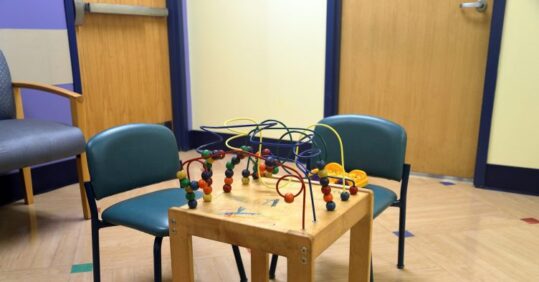 NHS England ‘can and will do more’ to explain to the public that GP practices are open, primary care medical director Dr Nikki Kanani has said.

She added that practices need to ‘retain the public’s confidence’ that they can see someone when they need to.

Dr Kanani also said GPs could expect an update letter and details of further ‘support’ in the coming days, in light of this weekend’s announcement of a new national lockdown.

It comes as the Medical Protection Society (MPS) revealed that one in three doctors have suffered verbal or physical abuse from patients or their relatives during the Covid-19 pandemic.

Dr Kanani made the comments today at the keynote session of this year’s virtual Pulse LIVE conference, from Nursing in Practice‘s sister publication Pulse, which will run until December.

She told delegates: ‘We need to get the balance right between the innovation we’ve rightly had to offer out of necessity and the ability to retain the public’s confidence and relationship with general practice – part of which is through being able to see a member of their practice team where it’s safe and clinically appropriate to do so.’

Responding to a question on whether NHS England could help put across the message that general practice is open, as well as the reasons for moving away from face-to-face contact, Dr Kanani said ‘we can do more and I know we will do more’.

However, Dr Kanani added that some practices have had ‘difficulty’ in describing ‘what access to their practice now looks like’.

She told delegates: ‘I’ve had patients send through their experiences which we’ve followed up. This is not by and large practices trying to do anything wrong. They are desperately trying in a really difficult time to offer good care and that is seen again and again.

‘What we need to be doing is supporting practices to make sure that offer feels tangible to the public.’

Meanwhile, Dr Kanani added that patients have ‘broadly’ been ‘incredibly grateful for the ability to access care despite a national pandemic’, but that GP health and wellbeing ‘is a priority’.

Practices have been facing increasing abuse from patients lashing out at them because they believed practices were closed and blaming them for changes to national guidance.

It comes as GPs called for ‘more support’ from NHS England after a practice was attacked with anti-GP graffiti last weekend – an incident they linked to GP bashing in the mainstream media.

NHS England’s primary care medical director last week joined the outpouring of support for the GP practice which was vandalised.

In September, NHS England landed itself in hot water with a ‘reminder’ to practices to offer face-to-face consultations despite the ongoing pandemic and its own ‘total triage’ advice.

An open letter from grassroots GPs highlighting the profession’s concern about ‘inaccurate and harmful’ media messages about access to care last month received over 400 signatures.

And Dr Kanani last week told GPs and their teams they are ‘valued and appreciated’, as new figures revealed a sharp increase in the number of GP consultations last month, a majority of which were face to face.