NHS England to survey practice nurses on terms and conditions 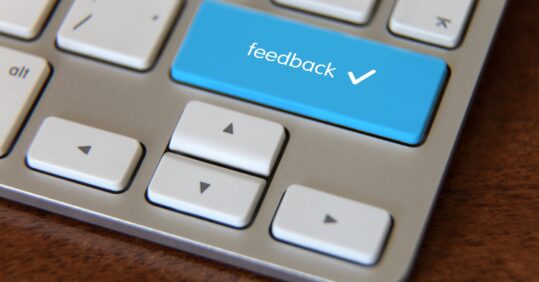 NHS England has confirmed it will survey practice nurses and other practice staff to ‘get an accurate baseline’ of terms and conditions.

Richard Dyson, who works in the GP contract team at NHS England and NHS Improvement (NHSE/I), told the RCN and NHSE GPN webinar today they are looking for input from general practice nurses for an upcoming survey on general practice staff terms and conditions.

Mr Dyson said he is not yet sure when the survey will launch, but stressed it will widely publicised and ‘welcome the input of as many general practice nurses as possible’.

He continued: ‘Over the past few months, we’ve been working internally… to think through how we’ll deliver the survey and also some of the questions that we’ll ask.

‘As this work is still in development, there’s not too much detail we can provide at the moment – other than to say that as the next stage develops, we will engage with external stakeholders to get their input into the questions we want to ask and also how we might deliver the survey’.

NHSE/I initially agreed to undertake the research as part of the GP contract for 2021/2022 to ‘get an accurate baseline of current terms and conditions of practice staff’.

Also speaking at the webinar, Kathryn Yates, director of primary care nursing at Londonwide LMCs, said she has been working with the RCN, the RCGP, NHSE/I, NAPC and other stakeholders including LMC colleagues to create a good employers guide.

The guide, which she said is due to be published ‘quite shortly’, will create a ‘model of good practice and encouraging adoption of good employment practices’.

Ms Yates continued: ‘We can’t change things other than the fact we can encourage good ways of working to try and keep individuals and value colleagues. Hopefully that will influence some of the national and system-level negotiation going forward.’

Meanwhile, Clare Jacobs, national officer for independent health and social care at the RCN, also said the RCN will update its fair pay guidance for nursing staff in general practice at some point in the next few months with a more ‘comprehensive’ version.

Ms Jacobs added: ‘We’re also starting a whole programme of work over the next year to survey members and gain evidence for funding pay claims for GP practice nurses in the future.’

She pointed out practice nursing lacks a specific and recognised job evaluation scheme, which is used in Agenda for Change to compare jobs to decide at what band they should be paid.