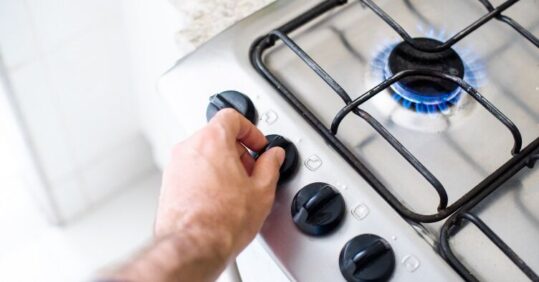 NHS leaders from England, Wales, and Northern Ireland have made the highly unusual step of directly urging the Government to take action on energy costs to avoid a ‘public health emergency’.

Heads of the NHS confederation have written a letter to the Chancellor of the Exchequer, calling for him to ‘to set out a more targeted and detailed support package for those households who need it most in advance of the decision on the new energy price cap next week’.

Latest estimates suggest that the new price cap could be as high as £4,200 by January, pushing two thirds of UK families into fuel poverty, defined as when energy costs exceed 10% of a household’s net income.

‘Even before the pandemic and before the recent price rises, over 10,000 people a year in the UK died from living in cold, and often damp homes,’ said Ruth London, founding member of Fuel Poverty Action. ‘For every death, many more people, from children to pensioners, suffer severe effects on their mental and physical health.  Fuel poverty devastates people’s life chances, affecting education, job prospects, and family relationships.’

Even though the Government has promised a £400 cost-of-living rebate for families, there are serious concerns that this will not be enough to stop a public health emergency as homes are left without proper heating in the coming winter.

Matthew Taylor, chief executive of the NHS Confederation, said: ‘The country is facing a humanitarian crisis. Many people could face the awful choice between skipping meals to heat their homes and having to live in in cold, damp and very unpleasant conditions. This in turn could lead to outbreaks of illness and sickness around the country and widen health inequalities, worsen children’s life chances and leave an indelible scar on local communities.

‘These outbreaks will strike just as the NHS is likely to experience the most difficult winter on record. NHS leaders have made this unprecedented intervention as they know that fuel poverty will inevitably lead to significant extra demand on what are already very fragile services.’

While this move by NHS leaders is highly unusual as fuel energy costs are an area in which they ‘would not usually intervene’, for Matthew Cole, CEO the Fuel Bank Foundation, this has not come as a surprise.

‘We’re seeing people today who are genuinely living without energy. When you go into a home that is in fuel poverty you can feel it an you can smell it. It feels damp, it feels cold.

‘There used to be a sense that something would come along at everything would be okay. But now we’re seeing this real desperation, we’re getting to that point where there is no contingency and people don’t know low long its going to go on for.’

Mr Cole also points out that their research shows worsening impacts of rising energy costs. In a recent survey 88% of people an improvement in mental health after receiving a fuel voucher and 87% an improvement in their physical health. In 2018 these figures stood at 44% and 40% of people respectively.

Katie Schmuecker, principal policy advisor at the Joseph Rowntree Foundation, said: “This unprecedented move from health and care leaders in England hammers home the fact that the rising cost of living is a national emergency.

“The rising price of essentials are a huge threat to health. It’s morally indefensible that already people in some parts of the UK die years earlier than they should, and we cannot allow this injustice to be made worse this winter. Not being able to afford a warm home and healthy food causes untold stress and anxiety. It also affects physical health due to a lack of nutrition and infectious diseases made worse by the cold.’