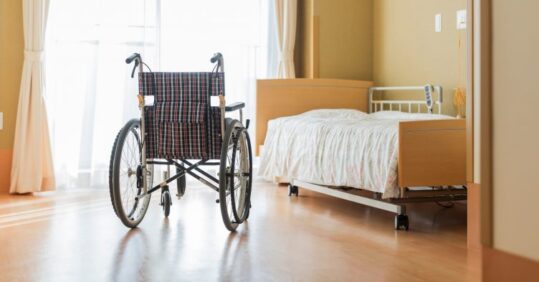 The shocking behaviour of a nurse who threatened and abused residents in a care home in North East England has led to her being struck off the NMC register.

Carol Briggs, who worked at Willow Court Care home in North Shields, admitted to a string of charges, including locking all the residents on one floor in their rooms, referring to them as ‘bastards’ and telling one man that he ‘stank’.

Ms Briggs, who qualified as a nurse in 1987 and resigned in February 2018, told a male resident with Alzheimer’s who was on the floor to ‘get the fuck up’. When he became distressed and started to smash things and tip over chairs, she told swore at him again.

She then held the resident by the wrists and said: ‘If this bastard hurts me, I will drop kick him in the balls and he will fall to the floor.’ She told a care assistant that ‘she could handle these fuckers because she had worked in a prison’.

Ms Briggs locked the resident in his bedroom, where he started banging on the door and window shouting for help. When she was unable to open the door, she asked the care assistant ‘how am I meant to get in the bastard’s room’.

The incident, which occurred on 17 December 2017, was the first of several until 20 January 2018 that the NMC said ‘fell seriously short of the standards of behaviour expected’ of a nurse.

The NMC said that while none of the residents suffered any physical harm, ‘they would have suffered with a significant degree of distress, especially when being locked in their rooms’.

It concluded: ‘It is accepted that the registrant has fundamentally breached her primary role as a nurse, championing the vulnerable.

‘It is accepted that the conduct displayed by the registrant was totally unprofessional and displaying such conduct in front of colleagues is awfully inappropriate.’

Earlier this year, a care home nurse was struck off the register for failing to resuscitate a resident, who had no Do Not Attempt CPR (DNACPR) in place, in 2017.