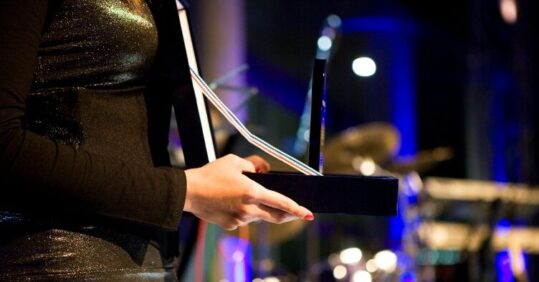 Several nurses across the UK were recognised for their outstanding contributions to nursing in the latest New Year Honours list.

A long standing member of the British Geriatric Society, where she was the first nurse to win the President’s Medal in 2011, Ms Sturdy worked alongside the chief nursing officer Ruth May as a strategic advisor for social care nursing.

In 2020, Ms Sturdy become the first ever chief nurse for social care in England, working as a champion for the interests of social care nurses and ensuring that at-risk adults are provided with quality care.

As former chief nurse and clinical director of the UK’s largest healthcare charity, Nuffield Health, Carol Kefford was awarded an OBE for her services to nursing.

During the Covid-19 pandemic, Ms Kefford directed the treatment of up to 500,000 NHS patients across Nuffield Health’s hospitals. These hospitals also provided staff, facilities, and equipment to NHS trusts across the UK.

Using her experience in the military, where she serves as colonel commandant of the Queen Alexandra’s Royal Army Nursing Corps, Ms Kefford was able to play a key role in the Nuffield’s response to the pandemic, putting her nursing teams at the forefront of the response.

Having seen Nuffield Health be the first hospital group to achieve an outstanding rating from the CQC, Mrs Kefford now works as the chief nursing executive at HCA healthcare.

Awarded an MBE, chief nurse for NHS London, Jane Clegg, was recognised for her services to nursing and the NHS.

Ms Clegg trained as a nurse in Oxford and worked in Edinburgh before moving to London, where she spent a number of years as a health visitor. She says that her most significant contributions to nursing have been a focus on treating patients as people rather than numbers, recognising the diversity of the workforce, and being chief nurse throughout the pandemic.

‘It was a real privilege being chief nurse in London during the pandemic and working with nurses from all professional backgrounds,’ said Ms Clegg, ‘There were massive challenges with patients needing critical care in numbers we’d never envisaged. I’m not a critical care nurse and it just proved you can learn new things at any stage of your career. I was very proud of that.’

Mrs Clegg said she was very surprised to receive the honour, saying that: ‘I see this as an award for nursing and all my London colleagues, but I’ve been told I need to take it for myself too! It’s great to have seen people’s support for me and what I’m doing.

‘Individually, nurses touch a lot of people’s lives, but we perhaps don’t hit the headlines as much as other healthcare professionals for the impact we make. I think it’s great that nurses are receiving these awards and getting recognition for their work.’

Also receiving an award, Pauline Brown received an MBE for her services to healthcare in Scotland.

She was one of the country’s first advanced nurse practitioners when she qualified in 1999. Now in her 48th year as a nurse, she originally trained as a district nurse and midwife in the Portpatrick area of Scotland and worked for 25 years in general practice before seeing an advert for the advanced nurse practitioner degree at Lancaster University.

Ms Brown now manages and leads the practice nursing team for Castle Douglas Medical group in Castle Douglas, Scotland, where her work in the community has won high praise. She said she is ‘getting her head around the award now,’ but was initially in ‘disbelief’.

Morag Liddell, now retired, received an MBE for her work as senior charge nurse at the neonatal unit in Royal Hospital for Children Glasgow.

Ms Liddell told Nursing in Practice that receiving the award was ‘completely unexpected’ to the point that she thought the email notifying her was a scam when it first arrived.

‘I’ve been a nurse since 1976,’ says Mrs Liddell, ‘ so it’s really nice to have all that work acknowledged.’

As senior charge nurse, Ms Liddell worked with specialist teams from Washington, USA, to oversee the creation of Scotland’s first ECMO service (a form of cardiopulmonary bypass) to help save the lives of children with congenital conditions.

In her years at the hospital Ms Liddell lead other innovative programmes such as the creation of the first multidisciplinary congenital diaphragmatic hernia clinic in the UK.

While Ms Liddell says the honour is a great show of appreciation for nurses, she also adds that ‘the appreciation of the families is one of the biggest things for me.’