Nurses in Scotland to be offered 4% pay rise 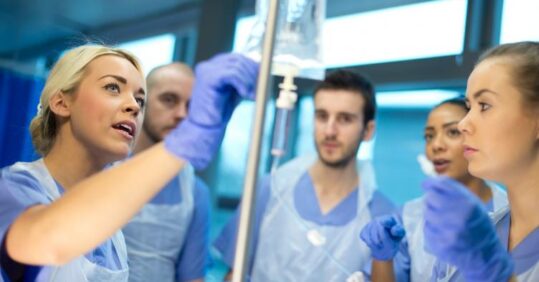 The UK Government has come under more pressure to give NHS staff a substantial pay boost after Scotland revealed it has offered its NHS staff a pay rise of at least 4%.

The move would give more than 154,000 staff in Scotland at Agenda for Change bands 1 to 7 at least a 4% pay boost – including nurses, paramedics and allied health professionals, as well as non-clinical staff such as porters.

Scotland’s first minister Nicola Sturgeon wrote on Twitter that ‘our NHS staff deserve more than applause and 1% is not enough’, in a reference to the UK Government’s proposed 1% pay rise for NHS workers, which drew backlash from nurses.

She said: ‘Valuing health staff and investing in the NHS is a political choice. One that Boris Johnson and Rishi Sunak are choosing not to make. The Westminster government should learn from the approach being adopted north of the border on NHS pay and be shamed into following the Scottish example.’

Scottish health secretary Jeane Freeman said: ‘This has been an exceptionally challenging year for our health service and I am pleased that the Scottish Government is able to recognise the service and dedication of our healthcare staff.

‘Following positive discussions with NHS unions and employees the Scottish Government has put forward an offer of the biggest single pay uplift since devolution for NHS Agenda for Change staff.’

England also remains the only country in the UK not to have offered a £500 bonus to health and social care staff, after Wales joined Scotland and Northern Ireland in doing so last week.