Nurses in Scotland to vote on industrial action over pay 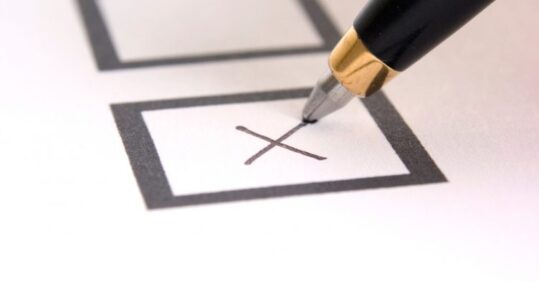 Unison will ballot nurses and other NHS staff on industrial action after the Scottish government ‘failed to deliver’ on pay increases for NHS workers.

The public services union said it felt an agreement had been reached with health secretary Jeane Freeman to reopen the present three-year pay deal and consider a flat-rate pay increase for NHS workers, following a ‘positive’ meeting last month.

But Ms Freeman did not respond to letters from the union dated 23 September and 2 October asking for an update, it said. This is despite a warning from Unison that it would consult members on pay if it didn’t receive a response by 20 October.

Unison’s Pay up Now campaign is calling for the three-year NHS pay deal to be renegotiated in light of extra costs and sacrifices healthcare workers made during the Covid-19 pandemic.

Unison Scotland’s head of health Willie Duffy said: ‘Unison members are disappointed and angry that the Scottish government has failed to deliver on pay for NHS workers this year – despite assurances from both the Scottish health secretary and the first minister.

‘They are happy to praise our NHS workers and offer warm words on pay but are unable to back that up by putting money into the pockets of our hard-working and devoted NHS staff.’

In response, the Scottish government refuted that talks had broken down and said Unison’s proposed action was ‘disappointing’.

A spokesperson said: ‘The Scottish government remains absolutely committed to delivering the fairest pay deal possible for health staff in 2021-22.

‘It is disappointing to hear that Unison intend to proceed with a vote on a consultative ballot before negotiations have even begun.

‘Talks have not broken down and we remain in active discussions with all parties through the Scottish Terms and Conditions Committee, and have been meeting frequently, most recently on 19 October, to conclude a negotiating mandate in order that a formal pay negotiation can begin.

‘The Cabinet Secretary for Health has reaffirmed her commitment to expedite negotiations and to consider bringing forward the agreed pay settlement to an earlier juncture if it is possible to conclude negotiations before the start of the new financial year.’

Ms Freeman has previously said talks with the union and hearing from NHS staff were ‘vital’ to ‘reaching a deal that reflects and recognises their efforts’.

She added: ‘I have been repeatedly clear that we are considering several options for this which take into account the efforts of NHS staff during the pandemic, and have not ruled out reopening the final year of the current three-year pay deal as part of that 2021-22 deal.’