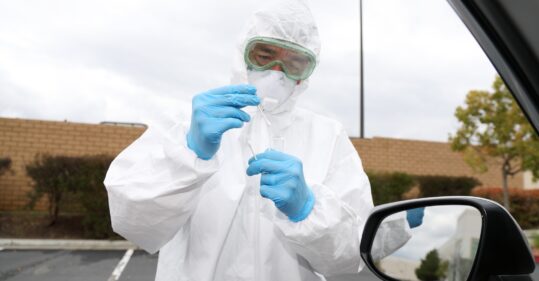 Reports have emerged of plans to scrap Public Health England and replace it with a new body called the National Institute for Health Protection.

In a news story this weekend, the Telegraph reported that ‘PHE is to be scrapped and replaced by a new body specifically designed to protect the country against a pandemic by early next month’.

The article said: ‘Health secretary Matt Hancock will this week announce a merger of the pandemic response work of PHE with NHS Test and Trace into a new body, called the National Institute for Health Protection, modelled on Germany’s Robert Koch Institute.

‘The health secretary, who returns to work after a UK holiday this week, wants to give PHE’s replacement time to be set up before a feared surge in coronavirus cases this autumn.’

The government has suggested it is unhappy with the PHE – its own executive agency – for its handling of the Covid-19 crisis. Health secretary Matt Hancock ordered it to complete an urgent review into how it recorded the death toll – resulting in a change to procedures last week.

But the decision to scrap Public Health England has also been heavily criticised by those working in the medical, scientific and public health fields, including nurses.

Prominent nursing academic Professor Alison Leary, and chair of healthcare and workforce modelling at London South Bank University, said Public Health England had been ‘failed’ by the decision in a tweet.

NHS Providers chief executive Chris Hopson said that ministers, not PHE, were driving the ‘flawed and confusing’ messages around the key areas of the government’s Covid-19 strategy in the early stages of the pandemic, such as testing.

However, Mr Hopson also noted that the ‘wide range of different roles’ carried out by PHE – including reducing health inequalities, screening and immunisation programmes, and reducing smoking – may be too much for the organisation.

He explained: ‘There were many who argued that this scope could be too wide – Covid-19 looks to have proved them right.’

Although, he highlighted that the reported axing of PHE comes after ‘years of underfunding’ in public health, including the local authority public health grant being cut by 25% in real terms over the last five years.

The Royal College of Nursing underlined the importance of public health services including nursing, especially during a pandemic.

RCN director of nursing Susan Masters said: ‘The Government should act to strengthen public health nursing so that core services, such as immunisations, which are vital particularly at this time of year, can still be provided.

‘Public health nursing staff need to be supported in tackling issues like obesity, smoking and alcohol abuse, to ensure sustained long-term health improvements for the population.’

Designed to ‘protect and improve the nation’s health and wellbeing, and reduce health inequalities’, it works closely alongside local authorities and the wider NHS, Government, industry and public.

The transition of its functions to the National Institute for Health Protection is expected to be in place by next month but will take to next spring to formally complete.

Exceeding the number of staff at PHE, of which there are 5,500, the institute is anticipated to employ tens of thousands, while Baroness Dido Harding, who heads NHS Test and Trace, is tipped to run it.

It also comes as more than 1,000 new cases of Covid-19 have been recorded in the UK for the fifth consecutive day.

A DHSC spokesperson told Nursing in Practice’s sister publication Pulse: ‘PHE have played an integral role in our national response to this unprecedented global pandemic.

‘We have always been clear that we must learn the right lessons from this crisis to ensure that we are in the strongest possible position, both as we continue to deal with Covid-19 and to respond to any future public health threat.’