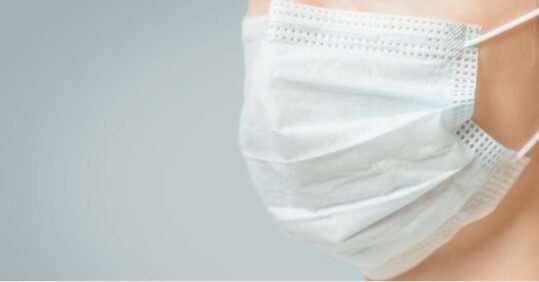 Just over a third of nurses are still under pressure to care for patients with suspected or confirmed Covid-19 without adequate personal protective equipment (PPE), a survey from the Royal College of Nursing has revealed.

The UK-wide poll of 5,023 nurses found 34% were concerned about the supply of PPE for their next shift. Twenty-three per cent of respondents also said there were not enough gowns for them to use. This is despite government promises to ensure there are more PPE items available.

Meanwhile, more than half (58%) of respondent said they had raised PPE concerns at work and more than a quarter (27%) added that those concerns had not been addressed.

RCN chief executive Dame Donna Kinnair said that care homes and hospitals are not receiving vital PPE, although the Government assured her it was being delivered.

She continued: ‘We continue to hear that our members are still not adequately protected. This is particularly concerning especially if the country faces the threat of a second wave.’

In the highest risk environments, almost one in five (19%) of respondents reported not having enough respirator masks to use with a further 35% concerned about supply for their next shift.

In addition, a third (32%) said they had not been adequately fit tested for respirator masks, most commonly because there were too many types of mask to test or that employers had not scheduled it.

Forty-four per cent of respondents in higher risk working environments are also still being asked to reuse single-use equipment, slightly down from the 51% who said the same in a RCN survey last month.

Highest risk environments are defined as those where aerosol generating procedures are carried out on suspected or confirmed Covid-19 patients.

Last week, Dame Donna warned that nurses must have adequate personal protective equipment and testing before the lockdown is scaled back any further.

Just over a third of nursing staff are still under pressure to care for patients with suspected or confirmed Covid-19 without adequate personal protective equipment (PPE), a survey from the Royal College of Nursing has revealed.