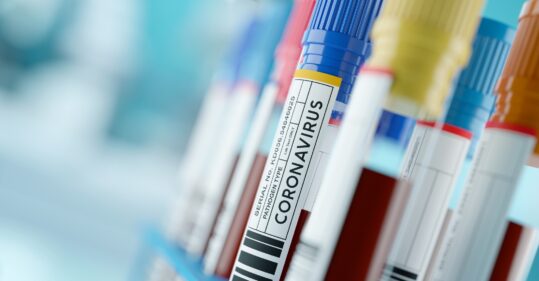 Nurses working in primary and community care are ‘absolutely vital’ to a successful test and trace system, public health and science experts on the Independent Scientific Advisory Group for Emergencies have said.

The message follows a report published by Independent Scientific Advisory Group for Emergencies (SAGE) today, which said the Government’s ‘not fit for purpose’ test and trace system should be radically restructured with local public health directors and staff taking the lead. This would be instead of the private contractors that are currently running contact tracing call centres.

Nursing in Practice asked members of SAGE to expand on the role of nurses in their vision of how test and trace should work, in a press conference following the publication of the report.

Professor Gabriel Scally, president of epidemiology and public health at the Royal Society of Medicine, said community and primary care nurses were ‘absolutely vital’ to a successful testing system.

He continued: ‘Although, their numbers are much diminished. There are only 2,000 school nurses, for example, in England now and ten years ago there were 3,000.

‘I’m absolutely clear that nurses and infection control nurses have a fantastic job to undertake. I think that’s part of an early discussion.

‘That [should be] discussed with the local authorities and the NHS – how to bring that very skilled, very experienced workforce together at a local level.’

Stephen Reicher, professor of social psychology at St Andrew’s University, said it was about trust. People were ‘much more likely to give information to a community nurse,’ he argued.

Allyson Pollock, professor of public health at Queen Mary University, pointed out that local authorities ‘understand and know their populations much better than Serco’, the company running the call centres.

The statements echoed findings from the SAGE report, which suggested a test and trace system is more likely to work if run on a local level.

It stated: ‘Evidence suggests better engagement and adherence if those with symptoms and contacts speak to local, familiar, trusted people eg GPs, health visitors or other health professionals, rather than to someone in a distant call‐centre.’

Local staff such as primary care and school nurses should also help implement an effective test and trace system to ‘ensure a robust system in place for future upsurges’, it recommended.

It emerged last month that health and social care staff in England ‘who correctly use personal protective equipment’ will not be tracked and traced.

Nurses working in primary and community care are ‘absolutely vital’ to a successful test and trace system, public health and science experts on the Independent Scientific Advisory Group for Emergencies have said.